Top 10 Highest Paid Players of the Badminton in the world 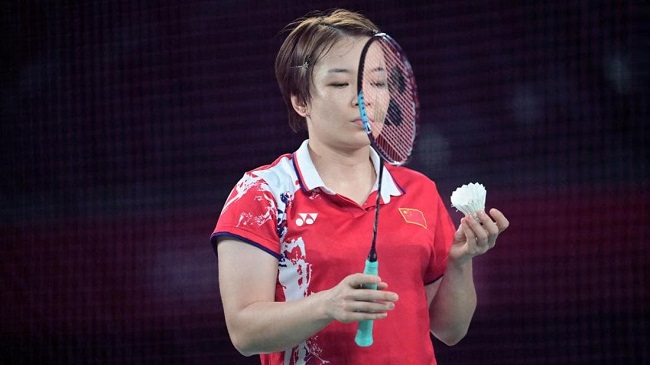 Badminton is one of the most famous games that is played all over the world and the most common forms of games are “singles” or “doubles” it is an outdoor activity and you can see children playing in street with shuttle and racket not only children but any age group can play it. Check 10 Highest Paid Players Badminton.

If you don’t know that this game is invented by Indians by British India after some years the game became very popular and many men and women participate in the game to win their country name the demand of the sport; stamina, speed, aerobic to be a good player, here are some players who have mark their name in the history of cricket. So below let us check out the complete details about the Top 10 Highest Paid Players Of Badminton In The World.

Highest Paid Players Of The Badminton In The World Top 10

Chen Yu Fie is a Chinese badminton player, she is one of the most popular players in China who has won many titles and championship awards for her country, and at a very early age, she started playing badminton. In the year 2016, she won the girls junior title at Asian and the World Junior Championship. On 17 December 2019, she reached a career-high BWF World Ranking as world number 1 and her net worth stands for $2 million.

Tai Tzu Ying, he belongs from Taiwanese and he is professional badminton player he is one of the youngest players at only age of twenty-two she became the world’s No.1 on women single and not only this at her early age only she achieved a lot of success and champion in her career and her net worth is around $5 million dollars.

Zheng Siwei who is a Chinese badminton player and he is especially known for his double playing he has won many awards and achievements he is a two time World Championship and also Gold medalist in mixed double Asian game not only this but he has also won many more titles and achievements in his career and has a good net worth which he earns from matches.

Huang Yaqiong is a Chinese badminton player who specializes in doubles badminton and in the year 2019 with Zheng Siwei with their current partner Zheng she won the gold medal in the year 2018 and also other achievements and awards also her net income is between  $1- $5 million.

Akane Yamaguchi is a Japanese badminton player who specializes in singles play, she won the women’s singles title at the World Junior Championship in the years 2013 and 2014. Not only that she has won more titles and championships and her net worth stands at $5 million and also the net worth will keep on growing by 35% every three to four years

Marcus Fernaldi Gideon who is an Indonesia badminton player who is considered as one of the outstanding players being such a great player he as won many awards and title in his career he has been awarded as the BWF best male player of the year in a row after collecting seven in the year 2017 Superseries title and in the year 2018 World Tour title.

Kevin Sanjaya Sukamulja is an Indonesian badminton player who is currently ranked as the world number 1 in the men’s double by the Badminton World Federation, he plays for PB Djarum. Being such a great personality man he has won many awards and achievements in the year 2017 and 2018 he won the men’s double titles at the All England Open their fans refer to him as  “the Minions”  because of their average height for fast playing style, his net worth stands for $5 million.

Chou Tien Chen is a Chinese badminton player and is widely known for his skill. In the year 2016 since Indonesia-born Fung Permadi won it also won his first BWF Superseries title in the year 2014 and his net worth is $1- $5 million dollars. And in more upcoming years his net income will grow up to 35% or more than that.

Chen Qing Che is a Chinese badminton player, she is one of the most successful girls she started her achievements with her partner in women doubles and in mixed doubles. In the year 2017, she was awarded as the BWF Best Female player of the year and in the same year, she has also won the women’s doubles gold and mixed doubles silver medals at BWF World Championship in Glasgow her net worth is around 10 million.