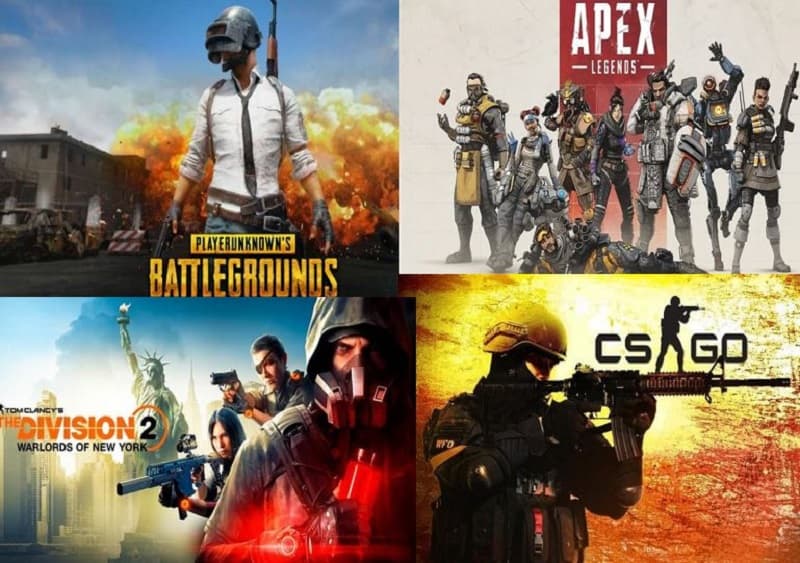 Nowadays people spent half of their time in front of electronics and mostly most people play online games with the help of the internet or any other computer networks available. Many games have different opportunities and modern technologies require to play the game. If you are curious to know what are 10 popular online games then you are in the right place here are the complete details about Top 10 most played online games in the world. So check the Top 10 Most-Played Online Games List.

Top 10 Online Games in The World

PUBG is one of the most realistic online game it is one of the most popular game played in the world, the game he about two teams with two match where 100 people will be there and they have to kill each other safely and wisely and players must stay alive till the end of the match at the end if they win they will receive ‘Winner, Winner Chicken Dinner’ also payer can enter into the match as a solo, duo or with a team.

Fortnite Battle Royale is a free online game where 100 people come together competing against each other for their first position the game is one of the most popular games with about 5 million simultaneous players. In this game, you need to build some kind of walls and collect some obstacle or some other source of elements you can enter in a game as a solo or with other groups.

Apex Legends is a multiplayer mode game where up to twenty three-person squads land on the island and they have to search for some weapons and supplies to another player in combat while moving outside the play area they need to be safe as they can’t get caught up and when in the end any last team is alive they win the game.

League of Legends is one of the oldest games but it’s still one of the most favorite games one could play and enjoy because of their mode scene, animation, and different graphics and every level is something different. In this game people work as a team and they need to destroy some core building which is protected by the enemy’s team structures, Player control some characters known as Championship and they need to choose for every match, the match lasts for 20 to 50 min average.

It is a multi-payer first-person shooter video game that can be played online as well as offline. In these game, there are two teams playing against each other and both the teams have different missions to do whereas the ‘Terrorists’ needs to secure a location and plant a bomb and held some hostages. And the teams have to either save the hostage or need to stop planting bombs and at each round players are a reward for their best performance.

Hearthstone is a digital card game between two players using adjusted decks of 30 cards along with some unique power and chosen hero, as the rule of all games the player has to attack the opponent. It’s a cross-platform play which means players can play on a supported device.

Mine-craft is a video game it is a 3D game with no specific goals and attains they can do whatever they need to do, the game revolves around some animals, people building and food the player needs to build something of blocks with the help of ( dirt, water, lava, stone, tree trunks, etc) The game is one of the most adventurous game one could pay.

DOTA 2 is an online multiplayer game that is developed a model of Blizzard Entertainment it is played between two players and the role of the game is to defend a separate fan base Map. The standard for each player in this game is to collect some different experiences.

Division 2 is a multiplayer online action role-playing video game, the players have to cooperate with each other to complete objectives. Divison 2 feature needs to be completed by eight players which is the new version as compared to the previous one.

Splatoon 2 is a colorful or third person or multiplayer, you can also play as a single-player mode. It has a particular style known as Turf War. The players can be in a team of 4 vs 4 and there will be some battle. Also, it is expected in 2020 there will be another season of Splatoon.