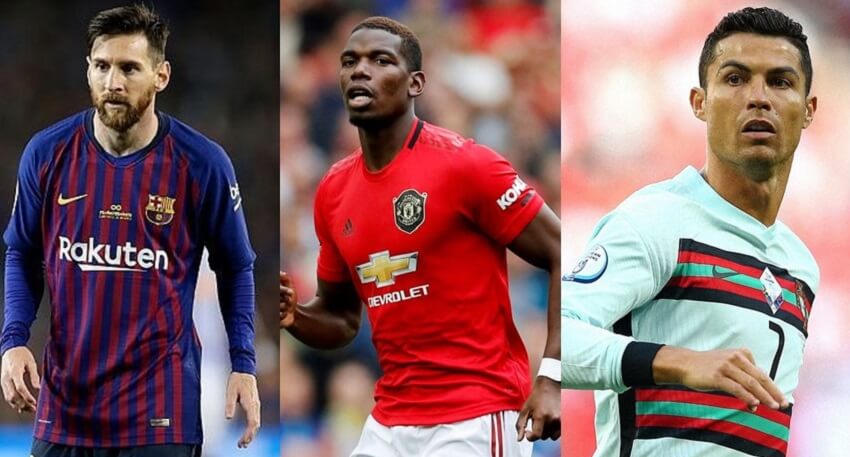 Here is the List of Top To football clubs in the world RIght Now. The Rankings are determined on the basis of Social Media Platforms like Instagram, Facebook, Twitter, while CLubs’ TV Viweshiep, Sponsorship Deals also make Club Popular. Football Club’s Jersey is also another reason for the popularity of Club and most important the trophies and cups achieves by the team. Real Madrid and Barcelona enjoyed the biggest fanbase in the world. And also only two teams in the world to have over 200 million followers. So check Top 10 Most Popular Football Clubs Details.

Barcelona is the second most popular Football Club Right Now. The Team COnceured many trophies under till now. And Many legends were part of the team. It is a Spanish professional Football Club. One of the best forawrds Neymar, Suaraz, and Messi reprsent Barcelona. They Help Barcelona to won many major trophies. Barcelona won the Champions League,. Copa Del Ray, La Liga, Club World Cup, and UEFA Super Cup. After Real Madrid, Barcelona is the second team to have the most followers on Social Media.

Paris-Saint-Germans features many stars players of the current era including Neymar, K MBapp, and many more. PSG is French Professional Club. In the year 2017 Neymar Jr joined Paris-Saint-German after leaving Barcelona. It was the most expensive deal worth €222m. Also in the same year, PSG signed Kylian Mbappe. PSG is the runner-up of UEFA Champions League 2019-20 Season, Bayern Munich defeated PSG in the finals.

Arsenal is the most successful team in FA Cup. The team has won 14 titles so far in FA Cup. And Also Arsenal managed to win 13 titles in Premier League Competition. Arsenal is a popular football club and hails from Islington, in London. Kroenke Sports and Entertainment is the owner of the Arsenal Football team. Arsenal is the 8th Popular Football club behind Bayern Munich.

Eddie Hearn Net Worth, Height, Wife All You Need To Know