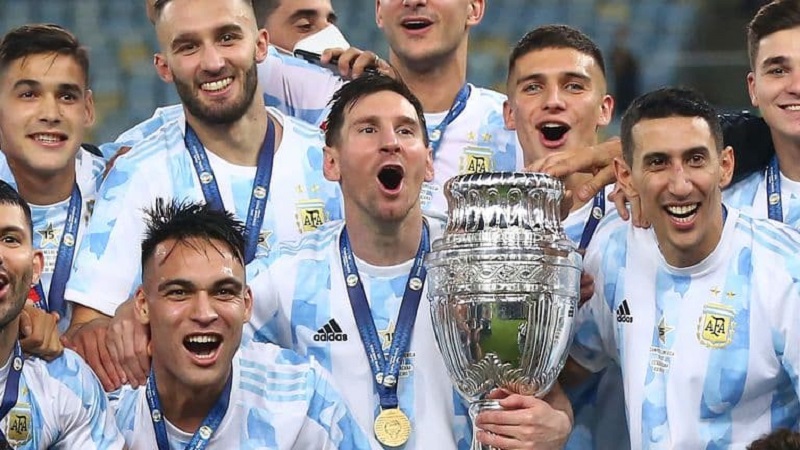 Football is in existence for a very long time. During this many spans of years, the game has made its establishment in different nations. Here are the top 10 countries that have deep roots in football. These are on the feet of immense success.

Top 10 Most Successful Nations in Football

See Below Details Top 10 Most Successful Nations in Football History.

When we speak of football it is always going to be Brazil at the top. The country is one of the most successful countries for football. It has established the most promising and successful team of the time.

With so many years the game has dowed its roots in the nations and making it to the top nation in football. The country has won many tournaments like Sopa America, World Cup, and many more Champions League.

Another nation that is at the top of football is Germany. It is the nation in the top 2 for football. They are the winners of the three World cups and have also won a few of the European Championships.

The country has proven itself many times in the World Cup during the previous tournament. the journey of the nation in football is one of the interesting ones. The team lost to the number one Brazil in 2002. In the years 2006 and 2010, they ended up in position three during the World Cup.

The top players of the team are the Oliver Kahn, Gerd Muller, Jurgen Klinnsmann, Miroslav Klose.

Italy stands in position three of the top successful nations of the football. They are the winners of the four World Cups and 1 UEFA European Championship. The players of the Italian teams have a huge fan following worldwide.

There are a few of the top players from Italy who have proven themselves in the game and bought the nation to World Ranking three and most successful in the game.

A few to name the best players of the nation are Roberto Baggio, Alessandro Del Piero, Gianluigi Buffon, Paolo Rossi. They have been great in the gameplay. The team fails to impress during their game with the European nation.

The team will be planning for the bounce back and making it to the championship again.

Argentina has the legend in the team which makes team popular for football. The team is blessed with the legend of the game. Lionel Messi is one of the top and best players of the game. In 1986 the team wins the World Cup with the presence of Diego Maradona.

Argentina has a huge pack of talent in the team with the players having the game skill. They have also bagged the Copa America championships and many more.

Argentina has recently won one of the biggest tournaments in the world Copa America 2021. Messi has also posted a picture of himself with the Cup on his Instagram social media handle.

The team is blessed with the popular players and the best players to bring the nation up for football. A few to name the players of the team are is Suarez and Diego Forlan.

France ranks in the number six when it comes to games of football. The team has played about 54 games and has won about 25 matches and lost around 18 matches.

The French team too is blessed with the best players of the time which helps the nation to hold rank 6 in the world ranking for the success in-game. A few to name the players of the game are Michel Platini, Samir Nasri, Patrick Viera, and Fabian Barthez.

The team also has a few of the young talent joining the squad namely Samir Nasri, Karim Benzema, and many more.

Spain is another nation that stands higher in the success of football. The nation’s first-ever victory in the football World Cup is in the year 2010. They have won 2 European championships for their team. It is in the years 2008 and 1964 the team won the championships.

A few to name the popular and the top players of the nation are David Villa, Andres Iniesta, Raul, and Cesc Fabregas.

The Netherlands beat their opponent when it comes to international matches. They’re winners of most of the international tournaments. They have also appeared in the finals of the World Cup very often. The Netherlands ended up in the runners-up position in 2010 after losing it to Spain in World Cup.

They are blessed with the players like Dennis Bergkamp, Marco Van Basten, Edwin Van der Sar, and Ruud Van Nsitelrooy.

England holds position nine for the success in the football game. The team has won the World Cup in 1966 and it was never after that the nations won. Also, they haven’t yet bag any of the championships of the European Championship.

They have the players like Wane Roone, Steven Gerrard, Allan Shearer, and David Beckham.

Russia is one of the successful nations when it comes to football. The Soviets have proven them in the game many times.

The team is blessed with the best goalkeeper Yashin.