Top 10 Most Tattooed Cricketers of all time 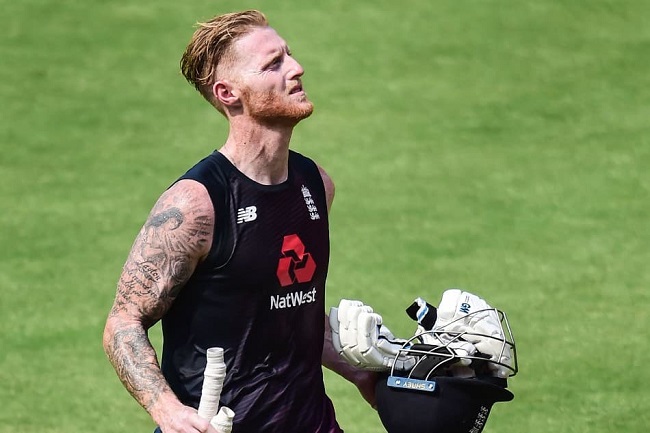 Cricket is one of the most famous sports that is played worldwide all over, where people use to show their descent and discipline. But however, as time changes people keep on changing their style and looks to look more attractive in front of others. Check Top 10 Most Tattooed Cricketers.

Whereas in this modern generation people except for sporty trends from their players whether in hairstyle, dressing sense or tattoo.

There are various players who have a good body and tattoo upon it which is related to something they are manifesting or about their zodiac sign. So now let us check out the complete details about the Top 10 Most Tattooed Cricketers Of All Time.

Top 10 Most Tattooed Cricketers Of All Time

Lasith Malinga is a Sri Lanka fast bowler, his very first tattoo is he has got inked two dates: One is when he started playing for his country (Sri Lanka) and the second one is when he took four wickets in consecutive four balls.

He has also got inked his wife’s name on the forearm and it is also written ‘Destiny says it all,’ the very last tattoo is on his bicep he inked lion. This is what made him in the top 10 list

Dale Steyn who is a South African professional cricketer who plays for his country, is regarded as one of the best fast bowlers of his generation. One of the best teams and he is famously known is for his love for tattoos, he has covered his entire left arm with tattoos.

In times of India interview, he said his tattoo is of patriotic slant.  “It’s the three proteas,” it is the group of South African flowering plants. “All of them are in the colors of the South African flag. So, you have blue, yellow, and red. The leaves are in black and I’m white. Ha-ha, I’m white … that’s a joke that I make. People sometimes find it offensive,”

Mitchell Johnson is from Australia who has played all formats of games before his retirement, he is a left-arm fast bowler and left-handed batsman. He is also a tattoo freak and he has almost three or four tattoos.

On his arm, he has a tattoo of Japanese-Koi along with some cherry blossom when it was asked to him to explain it he said that its meaning is “Luck”. The other tattoo he has of something huge ‘Dragon’ also a large ‘Panther’ which also represents good luck.

Hardik Pandya is an International cricketer who plays for Mumbai Indians in the IPL, he is an all-rounder who gives his best. He also loves to get tattoos and he has a total of 8 inked tattoos. Some of them are

Benjamin Andrew Stokes who is an English international cricketer is famously known for his batting and is also an all-rounder. Stokes has many tattoos on his body, overall he will have around 13 tattoos especially most of them are on his back.

On his back, he has a huge tattoo of a lion’s family which represents Ben’s own family “All my tattoos mean something to me personally and are very special to me. My most recent one represents me, my amazing wife @clarey11, and my 2 wonderful kids.”

On his left arm, he has a design of ‘Kirihuti Maori’ he also has the national flower of England ‘Rose’ Apart from these he has many other tattoos some are of flowers and some of our leaves.

Kevin Pietersen a cricket commentator and former England international player, who is born in South Africa, is a right-handed batsman.

After he started his career in England he has inked three lions on his arm which represents his loyalty towards his new house. He has also a huge map on his back which features 36 red stars and one which represents every international century.

Virat Kohli is one of the most famous batsmen who play in an aggressive style, he also has approximately 11 tattoos on his body. And each of them has a deeply meaningful thought

On his left shoulder, he has God’s eye and above it, he has ‘OM’ which represents peace and spiritualism, the other he has on his left upper arm ‘Japanese Samurai warrior’. Apart from these, he has inked his mother and father name ‘Saroj’ and ‘Prem’. There are many other small tattoos also.

KL Rahul who is an Indian national cricketer and a right-handed batsman, Rahul is very passionate about his tattoo and his personality. He has also inked many tattoos on his body some are small and some are big ones.

Faf du Plessis is one of the famous players, plays for South African international cricket he also has tons of tattoos on his body which also have some different story-based.

On the side of the ribs, he has a tattoo which is ‘Grace’ he feels that by the grace of god his life is changed and he is living his best one. The other one is on his right arm which is  ‘Dies a Domino XVII I MMXI‘ there are many other tattoos.

Brendon McCullum who is a New Zealand cricketer, coach, and commentary who has played in all formats, is one of the popular players in his country. He has also inked many tattoos on his body especially the upper arm which have some meaning.

The upper arm tattoo is ‘CXXVI’ which depicts the symbol of ODI Cap No.126, the other tattoo is his jersey no  ‘XLII’, and similar to that there is another  ‘CCXXIV’  which is Test Cap no 224. Also on his left finger, he has inked his wedding ring because he can’t play while wearing the ring.