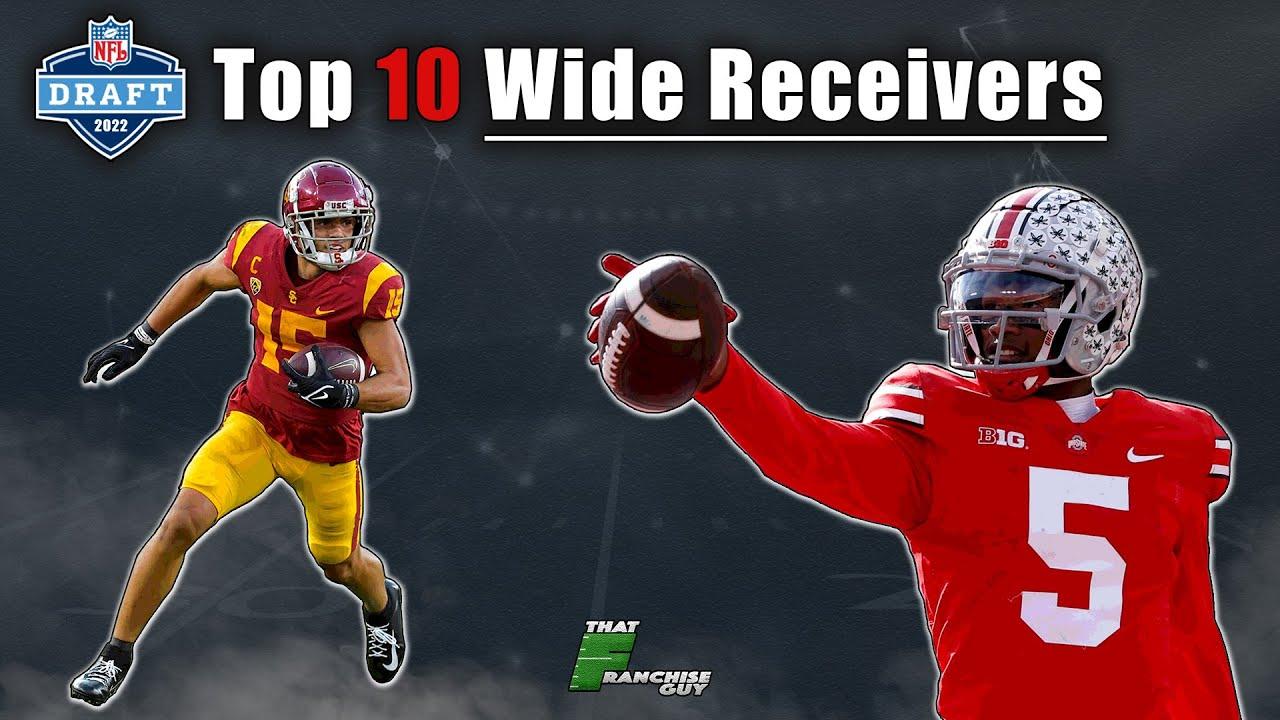 Top 10 Receivers 2022- You need to checkout. A preview of the PFF’s 2022 NFL season is now underway. We will take a look at one of the key positions in football: wide receiver.

A unique WR1 emerges as the difference-maker for any team. So, we have with us our top 10 Receiver 2022. Check the list

Davante is no less than a magician. His incredible moves made receiving looks so easy. All NFL fans can count on him every week.

He knows how to add huge numbers. Adams is a former Green Bay Packer and is now at the peak of performance in this game.

He made a move to the Las Vegas Raiders.

He is one who also generated 1.43 PFF Wins Above Replacement (WAR) from 2020. It is the most made by a wide receiver over that span.

There is a different kind of feel we can see in Kupp for the position. Only a few can match it. He holds a fair idea about coverages. He knows how to set up defenders to find space after the catch. It is a unique quality that helped the 2021 Triple Crown winner. He set an astonishing level last year for the Rams’ Super Bowl run. His 93.0 PFF grade was the best so far in the NFL for the year. It remained the highest ever given out across a full season. Indeed, he is not the biggest, fastest, or strongest. But he knows the art of making space to take advantage of passes.

Hopkins’ constant injury indicates that the Cardinals will not get much from him in 2021. Hopkins remained suspended for the first six games of the season. It is because of violating the league’s policy on performance-enhancing drugs.

But we cannot deny the fact that he is among the NFL’s best players when healthy. The best seasons for him were:

Justin’s start was a historic one. It was very similar to that of Vikings legend Randy Moss. We need to agree that this comparison isn’t weird. In two years of being Minnesota’s top target, he ended up replacing Stefon Diggs’ swagger and production and also topped it.

He is lightning fast with excellent hands, awesome height, and good routes. Jefferson remained supremely productive against the press-man. His average was 3.55 yards per route run (second) with 21 explosive receptions of 15 or more yards. Justin can be termed as a big-play threat. He is the one who could rise to Tier 1 by dethroning some of the seasoned players at the top.

Chase got featured as a big prospect moving out of the 2021 NFL Draft. Such expectations got tempered ahead of the rookie year. It was because he opted out of the 2020 college football season.

Well, later this Tiger-turned-Bengal hit the ground with strength. He emerged as one of the finest wide receivers in the NFL.

He is a true wide receiver in every sense. But what worked best for the Bengals was his impact as a deep threat. It energized the Bengals to the Super Bowl. Chase led this league in deep receiving touchdowns like a rookie (8). He ended up second in total deep yards (576).

Diggs is truly the finest route-runner in the game. He proved to be equally good as the league’s best at the catch point. Diggs joined Buffalo in 2020. Diggs ranked sixth or higher in separation rate against any:

One of the underrated features of his game is Diggs is exceptionally good when the play starts breaking. He never quits. Stefon finds a way to get open and gives the quarterback Josh Allen the chance to make a play. Now he is moving closer to 30. Chances are high that we will rely more on possession skills. But in Buffalo’s deep, explosive offense, it is hardly a weird thing.

We can confidently say that in this list “Cheetah,” is under tremendous pressure to perform. He is the NFL’s highest-paid wideout due to an abrupt trade from Kansas City.

Hill is the owner of a stockier stature (5-10, 185). But that never prevented us from owning the opponents positioned in big spots. He is one of the lightning-fast deep-ball outstanding players. He is not at all afraid of the outmuscling guys who are in tight windows.

Evans has played despite several injuries in the last couple of NFL seasons. That created some adverse effects on the advanced PFF metrics. But that failed to stop him from tying for 10th in PFF WAR. He generated that position in that span. His career spanned around eight years. In his eight-year career, Evans delivered 606 receptions for 9,301 yards in addition to 75 TDs. One can Plug him into any lineup. You will get a receiver who is naturally, always open.

Deebo Samuel is among those players with excellent athletic abilities. He is in a mode to change the way wide receivers are used. Now the 49ers are using him in multiple ways. Every team is now on a mission to find the next Deebo Samuel.

We can call him the jack-of-all-trades receiver. He has the power to line up anywhere on offense. Samuel ensures the defense pays for it.

The 2022 NFL offseason witnessed some blockbuster moves. It includes the trade of wide receiver A.J. Brown.

It’s a shift from the Tennessee Titans to the Philadelphia Eagles.

The highly productive wide receiver in the NFL is Brown. In 3 years career Brown made it to the top five for both yards per route run and the receiving grade.

Who among the above 10 is your favorite?