Top 10 Richest Cricketers in The World 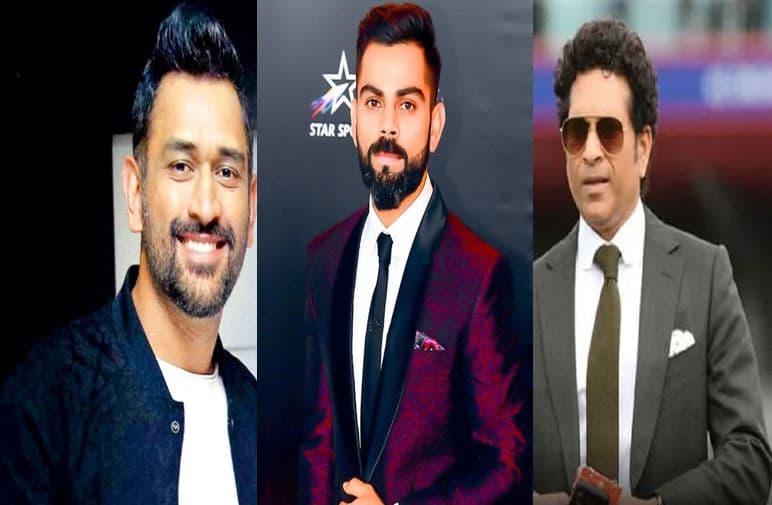 Cricket is one of the most popular sports almost all over the world and the popular game brings a lot of money with advertisement, promotions and different T20 Leauge which is carried all around the world. Crickets have a huge number of fans and due to huge popularity, they gain more money in their profession. So Check Top 10 Richest Cricketers in The World.

As we know the value of players is high not only for a match they also get paid for the ads and another contract which they sign up for. The famous brand cricketer gets a lot of paid promotion and a lot of other things but this they add their money and they also do some kind of investments. So now let’s check out the complete details of Top 10 richest cricketers in the world.

Sachin Tendulkar who is also known as ‘The God of Cricket’ he is the world’s best cricket batsman one could have, he has a record of 100 centuries in his international career. Sachin’s net worth is $170 million where he also endorses international popular brands like Pepsi, Luminious, BMW, Adidas, Canon, Philips, Britania, and many more. In 2001 he is the only first cricketer to score a deal of Rs. 100 crore, he also owns a property which is worth Rs. 520 crore. According to the report, he is the wealthiest cricketer in the world.

M.S Dhoni is the successful and former captain under his leadership India cricket team won two Asia cups, he is most admired for his skillful and calm approach towards the game. Dhoni is the second richest cricketer in the world with a net worth of $ 111 Million. He holds several unbreakable records and he has endorsed many brands like Reebok, TVS Motors, Red Bus, Lays, GoDaddy, Colgate, Orient, snickers, and many more. Dhoni is currently under an RS. 15 crore/year contract with Chennai Super Kings.

Virat Kohli who is the current captain of an Indian team he is also known as the best batsman in the world, his net worth is $92 Million, he has scored more than 10,000 ODI runs and hit 70 centuries. Virat is himself a huge brand also he earns through many endorsements and he owns some clothing brands too. Virat has 51.6 million followers on his Social media account Instagram and he is the highest-paid IPL player. Not only this Virat is also a fan of football so he is the co-owner of FC Goa a football team.

Ricky is an Australian captain and most successful captain, his net worth is $65 Million, he is one of the best batsmen in the history of the sport. The former captain of Australia is the only cricketer to lead his team to win two consecutive ICC World Cups. Currently is the head coach of Delhi Captains IPL Team and Ricky endorse many brands such as Adidas, Pura Milk, and many more.

Lara who played fr the West Indies he is one of the greatest cricketers of all time, he holds the record for the highest score as an individual scoring 400 not out in a Test Match against England in the year 2004. He is the second-highest number of runs in the history of cricket. He is also the brand ambassador for an Indian Tyre company MRF and because of this, he gains much popularity internationally.

Shane is the captain of the Australian team he is widely recognized as the wicket-taking bowler, even after several years of retirement is the richest cricketer in the world and his net worth is $50 Million after retirement he has to spend his time and money mostly on charity foundation improving the life of children’s. Shane also endorses brands like Victoria Bitter, Pepsi, McDonald and many more.

Jacques is a South African cricket player at the age of 43 his net worth is $48 Million he is a professional player since the beginning and he is an all-rounder international cricketer one could have seen. Jacques presently is a coach for South Africa and he is enjoying his retirement.

Virender who is an ex-Indian opener and captain he admired cricket from Delhi and he are popularly known for his aggressive batting style for a very long time he was the captain of Delhi Daredevils and he holds various unbroken records. He was the first batsman to achieve the fastest triple century and also holds the record for being the highest scorer in Test Match.

Yuvraj Singh is the man behind India’s 2011 World Cup, he was the vice-captain of the ODI team, he gains huge popularity from the international game against England. After the world cup, he was diagnosed with cancer but his love for the country kept him growing and he fought cancer and came back to the national team, and later on, he started a foundation which is known as “YouWeCan,” which supports the treatment of cancer patients.

Shane Watson is an Australian player he had excellent skills in hitting six and proper balance, Last year he announces his retirement from his BBL side he is one of the best players. His net worth is $30 Million he is the most expensive player purchased bought by RCB on a two-year contract of Rs. 9.5 crore per year.