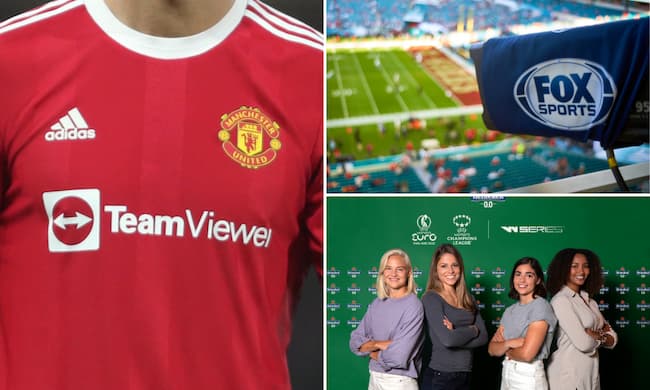 Countries and organizations all across the world suffered from financial troubles. However, the IPL Sale of two new franchises, the NFL Record Broadcast deal, and other deals though still established new benchmarks in the year.

Check out the top 10 sports business deals of the year which affected the sporting world.

The BCCI managed to sell two new Indian Premier League (IPL) teams for a record US$1.7 billion. RP-Sanjiv Goenka Group committed US$964 million to acquire the Lucknow-based team. The CVC bought the Ahmedabad franchise for around US$736 million.

The Glazer Family, which owns Premier League side Manchester United failed in their bid to acquire the IPL franchise.

The biggest sports broadcast story of this year and perhaps for several years to come landed in March. The NFL signed off on its new domestic television deals, pocketing more than US$110 billion over 11 years in the process.

The hugely controversial Saudi-led takeover of Newcastle United was completed in October.  This brought an end to Mike Ashley’s troubled tenure as owner of the struggling Premier League club.

On the endorsement front, rising tennis star Emma Raducanu became the new darling for the brands.

Raducanu capitalized on her shock US Open triumph by claiming her first major endorsement deal. The deal was with the Tiffany & Co jewelry brand.

The 19-year-old London-based Raducanu was voted as BBC athlete of the year. She later signed agreements with bottled water brand Evian and French fashion house Dior.

Despite the drop in performance, Manchester United again managed a record shirt sponsorship deal. Moving on from Chevrolet, Man United signed a new sponsorship deal with technology company TeamViewer. The deal is reportedly paying the club €55 million per annum.

German sportswear giant Adidas found a buyer for Reebok in the form of Authentic Brands Group. The group agreed to a deal to acquire the Boston-headquartered business for €2.1 billion.

The sale came 15 years after Adidas acquired Reebok for a reported US$3.1 billion back in 2006.

World Wrestling Entertainment (WWE) made the surprise decision to shut down its WWE Network over-the-top (OTT) service. They migrated to NBCUniversal’s Peacock streaming platform in a five-year, US$1 billion deal.

Naomi Osaka took the tennis world by storm by skipping the French Open due to mental health issues. She shunted the media & stood for social issues. The tennis ace landed multiple deals with the biggest of the brands. She signed up as the face of Louis Vuitton, Tag Heuer, Workday & Panasonic.

In basketball, the NBA announced a US$1 billion, eight-year betting data and streaming partnership with Sportradar. This is the biggest deal for any commercial sports league with a betting entity. This will hand the league a three percent equity stake as part of the deal, starting from the 2023/24 season.

DAZN also claimed its biggest deal to date when Italy’s Serie A clubs gave the green light to the subscription streaming service’s €2.5 billion offer, giving it domestic coverage of the top-flight competition until 2024.