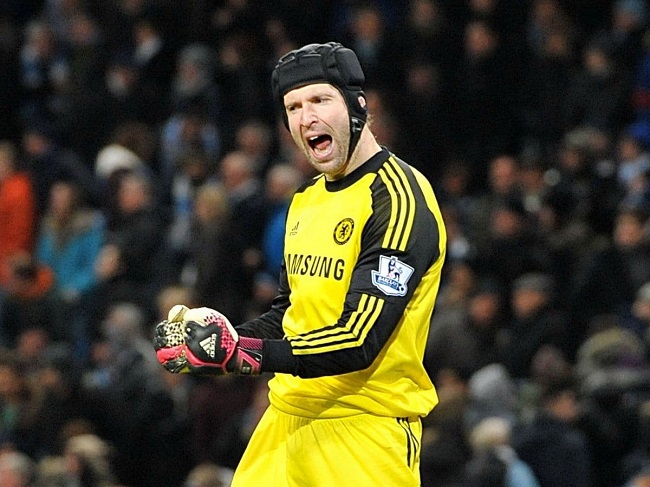 Football is the most favorite sport on this planet. Over the years, more than 200 countries have embraced this beautiful sport and today social media is flooded with fan followings. Check Top 10 Worst Injuries In Football.

Football is a contact sport in which there is always a risk of injury. Risk is inevitable in sports. If the injuries are minor, they are easy to heal, but sometimes the injuries are so severe that it endangers players’ lives and costs them their professional careers.

Football players from different countries have experienced such horrific injuries over the years. However, some injuries in football are so grave that they can be classified as the top 10 worst football injuries of all time.

ALSO CHECK: Kevin De Bruyne Net Worth In Rupees, Contracts, Weekly Wages, Salary, His Stats All You Need To Know

Top 10 Worst Injuries In Football Of All Time

On 21st October 1999, legendary Swedish striker Henrik Larsson was playing for Celtic when he suffered a devastating injury. During the Lyon vs Celtic face-off, Larsson suffered a career-threatening double fracture of his left leg. Because of this, he was sidelined for eight months. After completing his rehabilitation, Larsson successfully recovered and returned to the pitch on the final day of the 1999/2000 season. Henrik Larsson became the best club striker with a total of 242 goals.

During a game against Liverpool, Alan Smith broke his leg and dislocated his ankle. Such a horrific injury occurred in February 2006, when he landed awkwardly while trying to block a free-kick from John Arne Rise. He had surgery, after which doctors predicted that he would be put in isolation for nine months, only to speed up his recovery. Smith showed his strong comeback in the Champions League, where he scored a goal in one of the most famous European nights at Old Trafford.

In August 2007, Westham’s Kieron Dyer midfielder struggled with injuries throughout his career, but the worst of them happened when he broke his right leg in two places below the knee. He was immediately taken to the hospital. Dyer was faced by Jacobson during the League Cup against Bristol Rovers. He was seriously injured and was missing for the entire 2007–08 season. Seventeen months after the horrific injury, the damage continued to affect his career. In a 2018 Daily Mail article, he said that retiring was a relief for him. Dyer has since played for the Hammer only 16 times.

Italian vs Employ F.C, 19th February 2006 On 19th February 2006, captain Francesco Totti suffered a serious leg injury while playing against Employ. After a tough fight with an opponent, Totti twisted his left ankle in 12 minutes and came off the field on a stretcher. Totti’s injury was so severe that the fracture and ligament of his left fibula were damaged. Totti’s surgery was performed by a well-known Italian orthopedic surgeon. In this operation, a metal plate was joined on his ankle and moved into an intensive rehabilitation program. The surgery was successful and he was able to recover from that terrible injury.

France and Liverpool striker Jibril Cisse Sis is the only player to be named twice on this list. He got his first injury when he was playing against Blackburn Rovers. The striker caught his blade shoes in the turf and made an awkward landing, breaking both the tibia and fibula bones of his left leg. Two years later, he broke his right leg during pre-tournament practice against China, forcing him to miss the World Cup final. Unfortunately, he was not allowed to play for the World Cup. However, Cisse returned to work seven months later, after making a full recovery. His return was like a miracle.

Aston Villa FC vs Ipswich, 9th September 2000 Luke Nilis was playing for Aston Villa when he suffered an irreversible horrific injury. Luke Nilis broke a leg after hitting Ipswich goalkeeper Richard Wright. He suffered a double compound fracture in his right calf. There was an infection in his leg, due to which doctors feared possible amputation. He was one of the most productive strikers in Europe during his career. Luke Nilis’ injury affected their playing career that led him to take a four-month abrupt retirement.

Eduardo de Silva’s injury was so horrific that fans would probably never forget it in football history. During a tournament in February 2008, he suffered a torn left fibrillation and an open dislocation of his left ankle in a game against Birmingham City. The injury happened following a tackle by Martin Taylor of Birmingham. Subsequently of the incident, he was taken to Sally Oak Hospital for surgery. It took him almost a year to return to Arsenal’s first team again.

In October 2006, Chelsea goalkeeper Petr Cech nearly lost his life after a controversial challenge when his head collided with one of Reading’s players, Stephen Hunt. The incident was so gruesome that he almost lost his life. He collapsed in the dressing room after being ejected from the field of play. His injury was so internal that a blood clot formed. He was taken to the Royal Berkshire Hospital, where he underwent surgery for a depressed skull fracture. He was hit on the head with a knee, in which he got injured. It was announced that he would not play football for at least a year, but Cech made a surprise return to Chelsea’s first team just three months later.

Patrick Battiston, a French footballer best known for the 1982 semi-final World Cup, blurred the World Cup. The French defender was bumped with West German goalkeeper Harald Schumacher. The brutal blow to Schumacher’s shoulder knocked Battiston unconscious and left him with torn vertebrae and broken teeth. Patrick Battiston’s injury was so severe that he was given oxygen on the pitch. He made a full recovery after five months of rehabilitation and treatment.

It was the last and most heartbreaking news of all football injuries ever. An injury to English defender David Bust brought an abrupt end to his career. While playing for Coventry in April 1996, an unfortunate incident happened in a match against Manchester United. To this day, his injury is often cited as one of the worst in the history of professional football. David Bust broke his leg after clashing with Manchester United’s Brian McClure and Dennis Irwin. He suffered an extensive compound fracture in both the tibia and fibula of his right leg.

Following the incident, Bust underwent 26 surgeries and suffered multiple infections. His injury forced David Bust to retire from professional football in the year 1996 at the young age of 29.