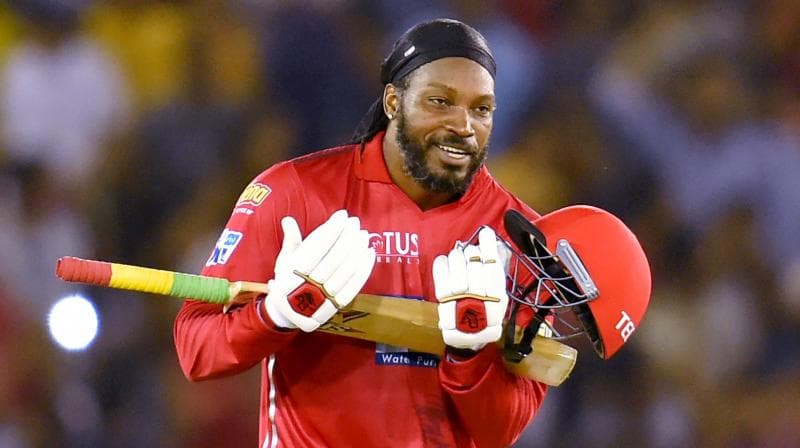 In a cricket batsman reaches a century when he scores 100 more runs in a single inning, a century is regarded as a landmark score for a batsman, and his centuries are generally recorded in his career statistics. The Indian Premier League is a professional league for Twenty20 cricket in India. Thirteen seasons have been played so far and 62 centuries have been scored by 36 different batsmen. Check Top 5 Century In The IPL History.

The batsman gives all their best to hit a century which is not an easy task but there are some players who have mark their name in the history of IPL. Also, the highest number of the century is cored by Chris Gayle with 6 centuries followed by Virat Kohli and many more other players that you will know. So below let us check out the complete details about Top 5 Century In The Ipl History.

Top 5 Century In The IPL History

Chris Gayle is a Jamaican cricketer who plays international cricket for West Indies, he also captained the West Indies Test side from 2007 to 2010, he has set numerous records across all three formats of the game. He is popularly known for his game by inspiring teams to regularly hit six white balls, Gayle is the only player to score 14000 runs and hit more than 1000 sixes in T20 and he is also the first cricketer to cross 10000 to 14000 run marks in T20 cricket. In 2011 in the Indian Premier League he was awarded the most valuable player and also held the Orange Cap in 2012.

Virat Kohli is one of the most famous Indian cricketers who is the current captain of the Indian national team, he is a right-handed batsman who plays for Delhi in domestic cricket and Royal Challengers Banglore in the Indian Premier League (IPL) he is widely regarded as one of the best batsmen and an inspiration for the upcoming generations. Kohli has the second-highest number of centuries in run-chases in the world, he also holds the record for being the fastest batsman to 8,000, 9,000, 10,000, 11,000, and 12000 runs in ODI cricket not only this he live his life according to modest people he also influences many people out there from his social media accounts.

David Warner is an Australian international cricketer and a former captain of the Australian national team, he is a left-handed batsman. Warner is the first Australian cricketer in 132 years to be selected for the national team in any format without experience in first-class cricket, On 2017 he played in his 100th ODI and became the first batsman for Australia and 8th batsman overall to score a century in his 100th ODI and in November 2019 he scored the second-highest individual score by an Australian Test Batsman with 335 not out against Pakistan and become 7th Australian cricketer to score a Triple Hundred in the IPL match or test match.

Shane Watson is an Australian former cricketer and occasional captain in all formats, who has played for the Australian national cricket team he is right-handed batsmen and a bowler, he was World No.1 T20I all-rounder for 150 weeks including an all-time record of 12 consecutive weeks. Being such a great player he has been awarded many awards and achievements in his many match titles and in the year 2020 he has taken retirement from all types of matches though he is an inspiration for many young teenagers as he has always given his best.

AB de Villiers is a former South Africa professional cricketer he holds the record for the fastest 50,100 and 150 in ODI cricket and he is the only batsman ever to average above 50 with a strike rate of above 100 (batsmen with minimum 5000 runs). He is widely regarded as one of the greatest innovative and destructive players as he is an inspiration for his generation of people and he is one of the strongest players.