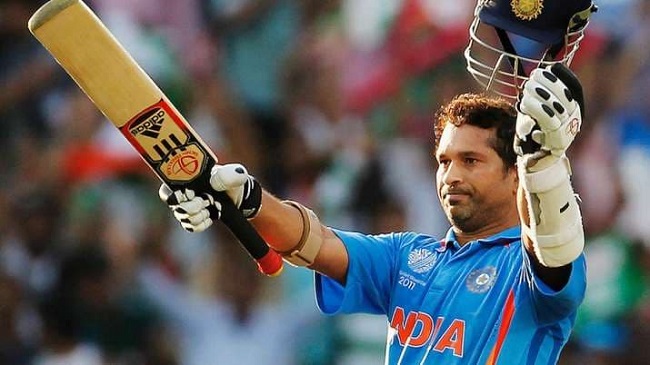 These Players Make there a different place in world cricket, players who have done exceptions in the past year, remember as the greatest players of the world.

In this article, we tell you about those 10 players who have grace field of cricket throughout history, they always try to engage the audience on the Ground.

As we all know Cricket came into existence in England, but alongside Australia also acquire a place in World Cricket.

Cricket fans of Australia saw happy days of cricket at the time of Sir Donald Bradman. He has set the benchmark for another upbringing cricketer.

Sir Donald is one of Australia’s best cricket players, who has inspired many young cricketers. He is a right-hand batsman.

Therefore, his achievements will remain in the archives for time immemorial.

Master Blaster Sachin Tendulkar is also known as the god of cricket. he made his debut against Pakistan in the year 1989.

At that time he is very young, once he starts his carrier, he never look back. In the late 90s, Tendulkar is in full form.

He makes most runs in his International Carrier, his memorable inning come against Australia in 1988, that known as ‘Desert Storm’.

Tendulkar serves Cricket for a long 24 years. Sachin is a respected player on the list of the best batsmen in the world. He took retirement from Cricket in the year 2013.

Against India, Sir Vivian roped into the National Cricket for the first time in 1974.

Not only this, his body language and posture petrified the bowler during his inning. He came into the limelight after he scores 291 runs against England in 1976.

He was one of the best batters, who give fear to opponent players.

Indian Captain Virat Kohli is the best batsman in the world in 2021. No doubt his stats shocks everyone,

In today’s scenario, he is one of the great ODI players, he has a great ability to chase targets.

In his 13 years of an international carrier, he has a record of 70 centuries.

Ricky Ponting has many laurels on his name. Under his captaincy, the Australian team lifted three world cups in consecutive years.

He takes retirement from the cricket afterworld cup in 2012. Now he came in the list of Greatest batsmen of all time.

He is a left-handed batsman who debut against Pakistan in 1990. he crushed bowlers mercilessly.

During his carrier, he broke innumerable records but no one is greater than registering the highest individual score of 400* in Test Cricket.

In Antigua in 2004, Lara annihilated the English attack to register a mammoth 400 runs off just 582 balls.

This Sri Lankan left-handed batsman represents his team for 15 years. He registers many records to his name.

This Sri Lankan player has a record of most double centuries since 2000.

Against South Africa, he scores 287 to share a monumental 624-run stand for the third wicket.

South African-born player make 50-run in his first innings which showed signs of greatness, till today he is a gem of any cricket lover.

In the test matches, he plays 61 matches and scores 5410 runs at an average of 56.95, he debuts against Australia.

In starting match he scores 83 runs. The right-hander scored 15 centuries which was rare which is achieved by any other player.

In 1882 he was born into poverty, then he wish to make his career in cricket, in early times his batting lineup is not good.

After some time sudden improvement in 1901 brought him in limelight for local teams.

This Indian player debut against West Indies in 1971, he take retirement in 1987, for India he score 34 runs which include 4 double centuries.

Sunil Manohar Gavaskar is now an Indian cricket commentator. In India, he represents India and Bombay from the early 1970s to the late 1980s.