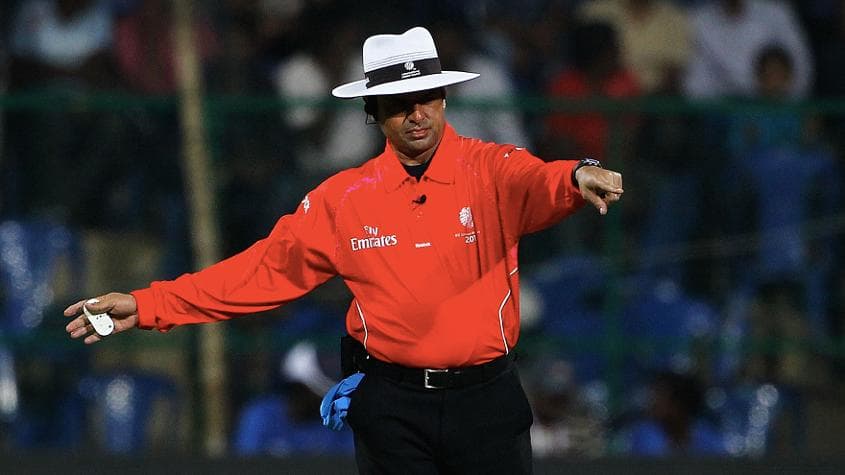 Umpiring is the most difficult task in the game of cricket. A cricket match is usually between two teams. In such a situation, each team makes many efforts to win the matches. People sitting in the stadium and also supporting their team. In such a situation, taking any decision for the umpire is full of pressure. The umpires have a big contribution to cricket. Check Top Best 10 Umpire In Cricket History.

There are many matches in the history of cricket. In which they have to face criticism due to the wrong decision of the umpire. Many times umpires are praised for their good decision. In this article, we will tell you about such umpires of cricket history. The Umpires are known for their best judgment.

Simon Taufel was working in the field of umpiring as an Australian cricket umpire. He has also been a member of the first ICC Elite Umpire Panel. He has won five consecutive ICC Umpire of the Year titles between 2004 and 2008. He is one of the best umpires in the world of his time.

Harold Dennis Dickie Bird is one of the best field umpires. He has not done much umpiring in many matches in his career. He achieved this fame due to his honesty. He officiated in international matches between 1973 and 1996.

Aleem Dar is famous as an experienced umpire. He has officiated in most 136 international matches. He started his umpiring career in 2000. He is very popular even today.

Rudi Koertzen is known for umpiring in cricket history from 1992 to 2010. He has officiated 108 Tests and 209 ODIs in his career. He was known as the best honest umpire of his era.

Billy is known as a memorable umpire in cricket history. He was quite famous for his broken finger. He has arthritis in the finger. It appears when a player is out on the field.

Ian Gould is a former umpire in cricket history. He has played 18 ODIs for England for retirement in 2019. He had scored only 155 runs. He could not become a cricketer. He made his mark as a successful umpire.

Nigel Llong is a British umpire who has been officiating in international cricket from 2005 to June 2020. He was part of the ICC’s elite panel. He himself played cricket in England.

Marais is currently included in the respected umpires of cricket. He has been umpiring in the ICC since 2008. He has officiated in 64 Tests and 92 ODIs in his career.

Harper did Umpiring in the field of cricket Between 2002 and 2011. He spent a long time in the cricket Umpiring. He retired from umpiring after being embroiled in controversy in the 2011 India vs West Indies match.