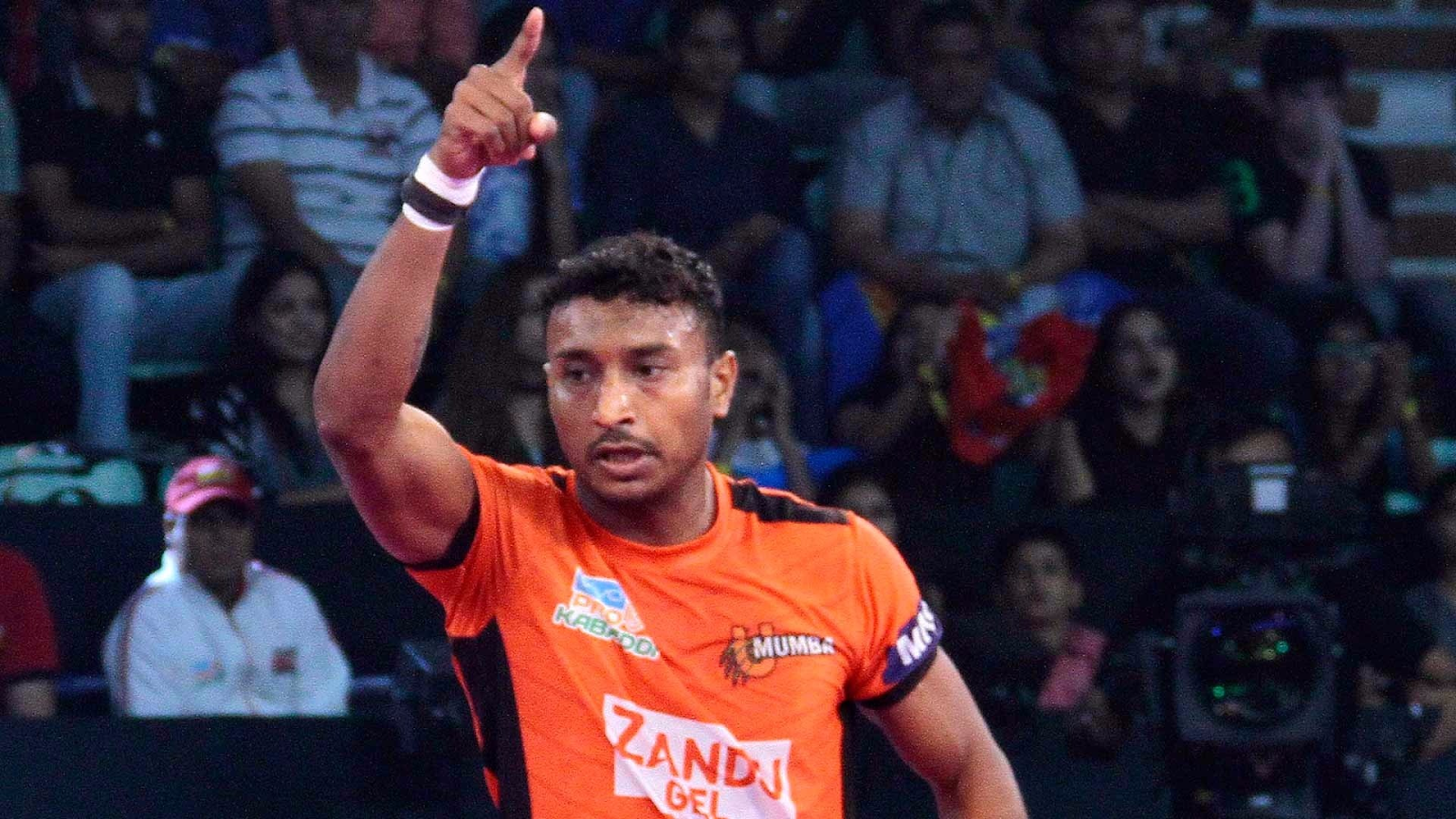 Top Raiders In Each PKL Season and Ranking: Raiders get more attention than defenders because they score the most points for their team during a Kabaddi game. This is why the phrase “raid is the center of kabaddi” is used. A couple of good raiders with better skills and strategies can change the whole pace of the game in just a few minutes.

Since the Vivo Pro Kabaddi League (PKL) began in 2014, there have been some very good raiders. And in the end, both the game and the tournament are decided by how well the raiders do.

Legendary raiders Anup Kumar and Kashiling Adake were the first two people to win the coveted title of “Top Raider” in seasons 1 and 2, respectively. After that, record-breaker Pardeep Narwal, showman Rahul Chaudhari, and high-flier Pawan Sehrawat took over.

Here, we look at the best raider of each Pro Kabaddi League season and the top 10 raiders of all time:

Best Raiders in Each Season of Pro Kabaddi League

Anup Kumar scored a total of 155 raid points in 16 games during the first season, but it wasn’t enough to help U Mumba win the title. In the season 1 final, U Mumba lost to Jaipur Pink Panthers. Kashiling Adake scored 114 raid points in 14 games for Dabang Delhi, which came in seventh place in the PKL’s second season, just one spot above the bottom.

The player who broke the record showed up with 116 raid points in 16 matches, which helped the Patna Pirates win their first of three titles in the third season.

In 16 matches, The Showman Rahul Chaudhari scored 146 raid points, but the Telugu Titans could only finish fourth in the fourth season.

The record-breaker kept dominating, and Pardeep’s 369 raid points in 26 matches helped Patna Pirates win their third straight championship. This was the second time that the season’s best raider helped his team win the tournament.

Pawan Sehrawat scored 272 raid points in 24 games and led Bengaluru Bulls to their first PKL championship in season 6. This was the third time that the season’s best raider ended up on the team that won the championship.

Pawan Sehrawat was the best raider for the second straight season. He scored 346 raid points in 24 games, but his Bengaluru Bulls lost to Dabang Delhi K.C. in the semifinal.

In season 8, the High-Flier won the top raider award for the third time in a row. He got 304 raid points in 24 games, but his Bengaluru Bulls team lost to Dabang Delhi K.C. again in the semifinals.

The raider with the most wins in the history of Pro Kabaddi is Pardeep Narwal of the Patna Pirates. In the 107 PKL games Pardeep has played so far, he has gotten 1160 raid points, which is more than anyone else in this tournament. He is one of the best players in this league because of how well he raids.

Rahul Chaudhari of Tamil Thalaivas is second on this list of the best raiders in Pro Kabaddi. He has a huge 955 raid points. Chaudhari has played in 122 PKL games so far. He is also the second player in the league to score more than 1000 points. He was with the Telugu Titans until the last season when he switched to the Thalaivas.

Deepak Niwas Hooda, captain of the Jaipur Pink Panthers and a top raider, is the third most successful raider in Pro Kabaddi right now. Hooda has a total of 856 raid points, which he earned over the course of 123 matches. He is also the only player on this list of the best PKL raiders who can do everything.

Ajay Thakur is the fourth-best raider in Pro Kabaddi. He has 790 raid points from 115 games. Thakur is also the captain of Tamil Thalaivas right now, but he hasn’t done very well in this position. Ajay Thakur played for Bengaluru Bulls and Puneri Paltan until the fourth season before joining Thalaivas.

Maninder Singh, the captain of the Bengal Warriors team, is the fifth player on the list of most raid points in Pro Kabaddi. Maninder played in 79 PKL games and scored 731 points, which is one of the best averages in the league. He first played in this league in its first year.

Pawan Kumar Sehrawat is the best raider for the Bengaluru Bulls. He has 682 raid points in just 80 PKL games. Sehrawat also holds the record of reaching a score of 39 points in a single match. In the last two years of the Vivo PKL, he became the best raider.

Rohit Kumar, who is the captain of the Bengaluru Bulls, is the next player from that team to be on this list. Kumar, who has the seventh-most raid points in the Pro Kabaddi League, made his debut with the Patna Pirates in 2016. Rohit played with them for one season and then moved to Bengaluru. He also has a unique record: every season, he has scored 100 points.

Rishank Devadiga, the best raider for UP Yoddha, is number eight with 624 points. In season 5, when he played Jaipur Pink Panthers, Devadiga’s best game was against them. This was also his first game as captain of U. P. Yoddha, and he helped his team win with 28 points.

Bengaluru Bulls’ Kashiling Adake has the ninth-most raid points in PKL history. Adake is also the Bengaluru franchise’s third-most successful raider, with 561 points. He had 114 points and was the best raider in Pro Kabaddi season 2. Before that, he played for Dabang Delhi K. C. and U Mumba.

Anup Kumar, who used to play for the Jaipur Pink Panthers, scored 527 raid points in 91 PKL games. People call Anup “Captain Cool” because of how quickly and smartly he makes decisions on the court. Kumar also led his team to the most points in the first season of Pro Kabaddi, when he scored 155 raid points.