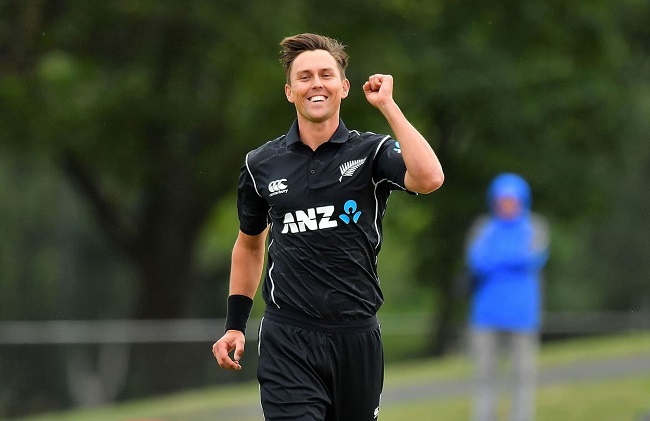 Trent Boult is a bowler of the New Zealand team who is one of the experienced players of this team who play all formats with IPL.

In the ODI format, he makes a record for the fastest player who took 81 wickets and he is in 5th position in this list of records.

Not only this he makes a record of most 4 wicket-taker in an inning he is in 10th position in this list.

In the T20 format, he starts his debut against England on 9 Feb 2013 and the last match is against India.

In the IPL format, he debuted on 11 April 2015, against Chennai Super Kings and the last match is against Gujarat Titans on 29 May 2022.

In Test cricket, he debuted on 9 Dec 2011 against Australia and his last match is against England.

If we talk about his body physique, then his chest is 38 inches, biceps 14 inches, Hazel eyes, and Dark Brown hair color.

His jersey number is 18 with the zodiac sign Leo, and right now he is married to Gert Smith on 7 august 2017.