At Optus Stadium, Perth Scorchers captain Ashton Turner maintained composure to lead his team over league-leading Adelaide Strikers in a low-scoring thriller. Before Turner and Jhye Richardson united for a 43-run partnership, the Scorchers, who were attempting to chase down a modest 134, were in serious trouble at 72 for 6.

When it came down to the crucial 19th over, Turner sealed the game by scoring 16 runs off only three quick Henry Thornton deliveries. This season, the Scorchers’ revamped batting order has been hit or miss. In their last match against the Melbourne Stars, they recorded their highest ever total of 229 for 7, but they fell short against the Strikers.

Faf du Plessis and Josh Inglis, who both scored quick half-centuries against the Stars but fell during a catastrophic opening 10 overs here, are the mainstays of their batting. The possibilities for the Scorchers were small, but Turner maintained his coolness and had Richardson’s full backing. When the Scorchers needed 19 runs to win, Turner smartly decided to hold onto the power surge until the 19th over.

Richardson was out on the opening ball of the over before Turner turned the game around with three powerful strokes that enraged the home fans. Turner’s hitting across formats has fallen off recently, so it was good to see him back in shape. Turner, who has represented Australia in nine ODIs and 18 T20Is, is renowned for his tactical acumen and is seen as perhaps the greatest captain in the BBL.

His comeback to the national team may depend on subsequent performances similar to this one, particularly given that Australia is seeking for additional limited-overs cricket leadership alternatives. Wes Agar’s surprise absence was due to his memorable 4-for-6 performance in Strikers’ incredible annihilation of Sydney Thunder and his three-wicket haul in his last game against Brisbane Heat.

But the intellectual trust at Strikers had a strategy. They chose offspinner Ben Manenti for his Strikers debut after he transferred from Sydney Sixers because they felt the Scorchers’ hitters weren’t as skilled with the speed off. Manenti’s capture of Inglis’ crucial wicket gave the impression that it was a masterstroke. The three spinners for Strikers each scooped up one of the other four.

Before the 19th over of a nail-biting match, skipper Peter Siddle was faced with a crucial choice. He was debating between the pricey but in-form fast Thornton and the effective spinners Manenti and Matt Short from earlier in the innings.

Since the BBL’s beginning, the Scorchers’ potent pace attack has been the foundation of their success, especially at home on springy grounds. However, they made the choice to use legspinner Peter Hatzoglou in this match rather than seamer Matt Kelly, who cost them in their season opener at Optus Stadium against the Sixers.

Hatzoglou, a crucial member of the Scorchers’ championship-winning side from the previous season, played flawlessly in both of their away matches against the Hobart Hurricanes and Melbourne Stars. He paid back the trust against Strikers with a meek effort, allowing just 22 runs to be scored from his four overs. 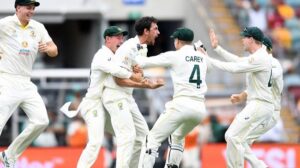 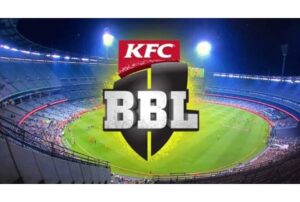 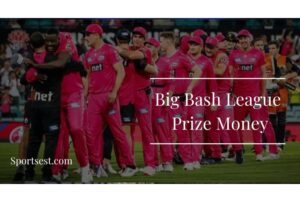 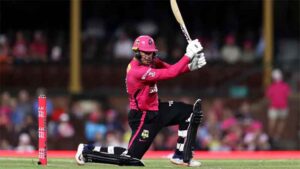