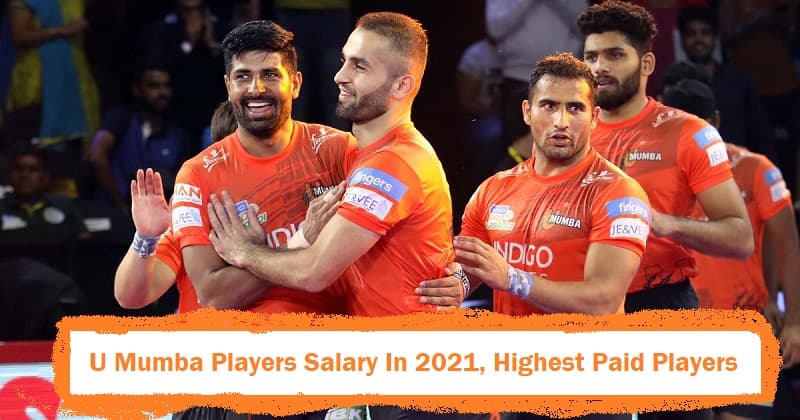 The stadium for the league is the Sardar Vallabhai Patel Indoor Stadium which has a capacity of 5,000. The owner of the U Mumba is Unilazer Ventures which is owned by Ronnie Screwvala. the head coach for the team is Sanjeev Kumar Baliyan.

The captain of the team is Fazel Atrachali and he plays at the side of Defender. The player ranks 4th on the Pro Kabaddi League. The other on rank 6 of the PKL is Sandeep Narwal who is a defender.

Check out more details about the salary for the players of 2021 from the U Mumba.

The data about the approximate salary of the player is available here. However, these details might change.

The highest-paid player for the team is Fazel Atrachali. He is an Iranian kabaddi player where his salary for the Pro Kabaddi League is Rs. 10,000,000.

He is currently serving as the captain for the team U Mumba which competes in Pro Kabaddi League. There are various records of his name in his career in Kabaddi.