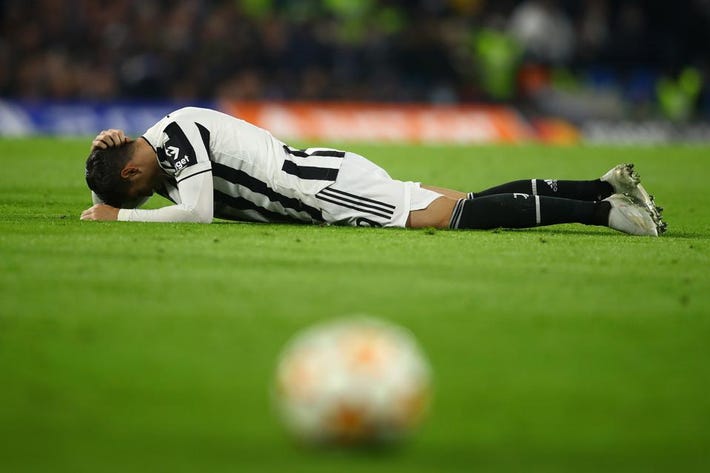 Italian soccer is being rocked by a controversy involving Juventus that keeps getting worse off the field.

Hours after it became known that the Turin prosecutor’s office had asked for indictments against former club president Andrea Agnelli, ten additional former board members, and the organisation as a whole due to allegations of false accounting, UEFA announced on Thursday that it had launched an investigation into Juventus.

Among those for whom charges have been requested are former Juventus director of sport Fabio Paratici, who has moved to Tottenham, and former vice presidents Pavel Nedved and Maurizio Arrivabene, both of whom left the club on Monday when Agnelli and the entire board of directors resigned.

Juventus is currently the subject of a formal investigation by the CFCB (Club Financial Control Organization) First Chamber investigating possible violations of the Club Licensing and Financial Fair Play rules, according to a statement from the body that oversees European soccer.

According to UEFA, the inquiry “will concentrate on the alleged financial irregularities that have recently been made public as a result of the processes initiated by the Italian Companies and Exchange Commission (CONSOB) and the public prosecutor in Turin.”

Sunil Gulati, a former president of the United States Soccer Federation and a lecturer in economics at Columbia University, is the unit’s chair. He was appointed by UEFA.

The unit reached a settlement deal with Juventus in August in order to avoid harsher penalties for violations of the financial monitoring regulations that are applicable to all teams who qualify for UEFA competitions, but UEFA announced on Thursday that the agreement might be rescinded.

The club continued in a lengthy statement: “Juventus remains persuaded that it has always done appropriately and wants to assert its reasons and protect its corporate, economic, and sports interests in all venues.”

Since last year, prosecutors have been looking into whether Juventus profited from swindling players out of their contracts through unlawful commissions on player transfers and loans. In the case, it is also being investigated whether invoices for fictitious transactions that were used to show income and, therefore, support earnings may have misled investors.