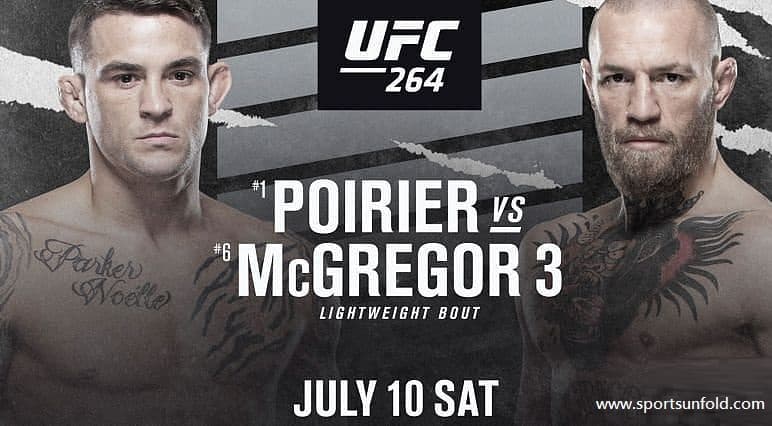 Conor McGregor will be facing Dustin Poirier in the upcoming fight on July 10, 2021. The MMA legends will be coming across each other for their next fight at the Ultimate Fighting Championship. After the tournament in September 2014 where McGregor defeated Dustin, he took the revenge in January 2021 fight. Check UFC 264 Conor McGregor vs Dustin Poirier 3 Purse Payouts.

Turning the scores for both as 1-1 win, they will be fighting on more time for the finals time in the Octagon. The UFC 264 Conor McGregor vs Dustin Poirier 3 Purses payouts are revealed on the basis of their fight contracts.

The upcoming fight will be taking place on July 10, 2021, that is Saturday at T-mobile Arena in Las Vegas, Nevada. Check out the details of UFC 264 Conor McGregor vs Dustin Poirier 3 Purse Payouts here on this page.

Conor McGregor gets purse money of approx $3 Million. Also, there is an addition according to the pay-per-view sales. Which will also increase the overall purse to approx $10 Million. These salaries are predicted on this basis of previous pays.

Dustin Poirier’s purse is around $1 Million and the total prize including the pay-per-view is $3 Million.

The exact pay for both the fighters is yet to be out. However, they will be receiving the highest pay of the time than any other fighters for the Saturday night fight.

UFC Champion Edson Barboza Net Worth, Religion all you need…

As per the UK time, the right between Conor McGregor vs Dustin Poirier 3 will be starting at 5 AM.

Where to watch Conor McGregor vs Dustin Poirier 3 Live Streaming?

You can also enjoy the telecasting of the matches on the Sony TEN 1 (English) and on SONY TEN 3 (Hindi) in India. The matches will also be live streaming on the digital platform to enjoy from anywhere and at any time.

The digital platform streaming the fight Conor McGregor vs Dustin Poirier 3 is the Sony LIV app.