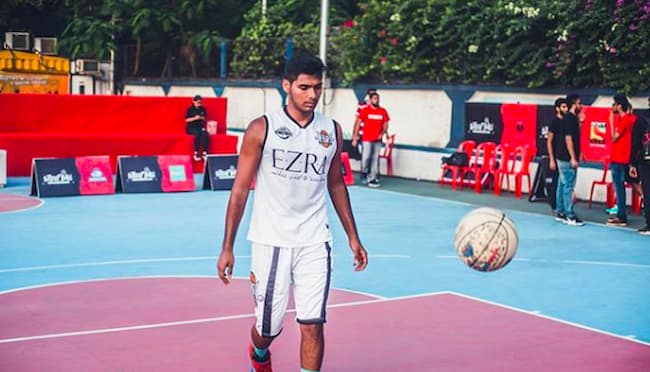 A young boy from Kancheepuram in Tamil Nadu, Ulhas KS, who lives in New Delhi for the past few years, is all set to play professional basketball in Moldovan National League, Europe. Check Ulhas KS Achievements Basketball.

Ulhas had played for the University of Westminster for three years. He led the team to victory in the inter-university league.

Check out more information about the player on this page reading his achievements, schooling, biography is all you need to know.

Ulhas will represent the Gloria Basketball team in the Moldovan national league. The season, which commences from mid-October will end in January.

The Moldovan Basketball League, according to Ulhas, is a highly-acclaimed professional league in the European circuit and has a huge rating among the major basketball leagues in the world.

The Tamil Nadu native has played for the University of Westminster in London for three years, from 2016-2019.

He had captained the University of Westminster team to victory in the inter-university league in London while he was in his second year in college.

After completing his graduation from the University of Westminster, Ulhas played a 3X3 semi-professional league in India, the Streetball league.

He played for Team Old School Ballers and won the 2019 championship.

He took to professional basketball training at the ‘EUROPROBASKET’ at Valencia in Spain.

Ulhas, a product of GD Goenka School, New Delhi has played in most of the top basketball tournaments in the country

He played in the Under-19 national school league and Delhi Open league, winning gold and bronze in the two tournaments.