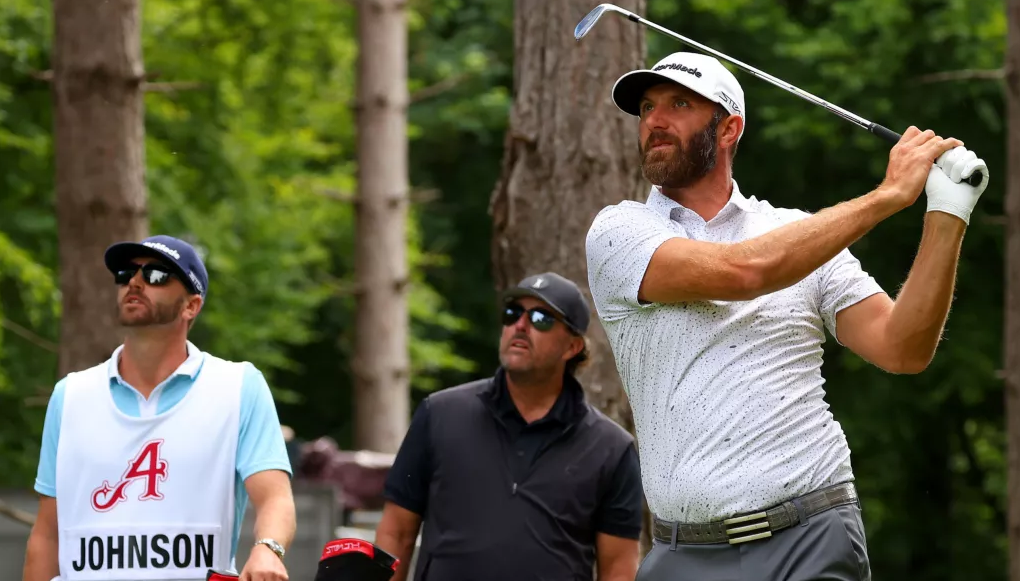 Updated List Of LIV Golfers And Salaries. With the biggest purses being contested at major golf events like the LIV Golf Invitational Series, this has been a topic of debate for quite some time. The attention is usually on the amount of cash that’s on the line, but often overlooked is the playing field.

Players are spurring over $225 million in prize money while they participate in 8 tournaments with a $25 million purse at the $50 million finale. The season-long schedule also includes appearance fees, which will be way more than anyone can make on the PGA or DP World Tour.

Below, we take a look at the reported figures that have been given to players by the game.

Phil Mickelson granted an exclusive interview with CNBC stating that he will play the LIV Series eight events this year as well as ten next.

Mickelson’s reported contract with the PGA Tour is more than what he ever received in his 30-year career, earning an estimated $95 million.

Dustin Johnson is one of the headliners at the LIV Golf Invitational London. It was reported that he received a $125 million contract. However, Johnson is expected to make more than $150 million over the first two seasons according to sources across the industry.

For his entire career on the PGA Tour, DJ has earned nearly $75 million in his career earnings, with 24 PGA Tour titles and six World Golf Championships under his belt.

According to The Telegraph, Poulter is reportedly in talks with golf’s newest LIV series. A $30 million offer was made to Poulter and Lee Westwood, who has spoken about accepting $50 million to keep playing golf. Westwood’s expected offer, while still a substantial amount, is hard to guess at.

Bryson DeChambeau is one of the most bankable golfers in the world, but due to his recent move from the PGA Tour onto The LIV Golf Series, he will be playing at Pumpkin Ridge Golf Club for the first time on 30th June – 2nd July.

DeChambeau has been linked to a number of money figures from the outset, with his rumored offer topping out at $240 million. Now, according to sources, Bryson is supposedly getting a guaranteed $100+ million to join LIV Golf.

In what will most certainly be a career-making move, James Piot has taken a reported $1 million to play in The Centurion Club in 2021. He’s only 23-years-old and has this immense opportunity before him.

If given the opportunity, this 23-year-old is honored to travel the world, get paid to make an impact on people and be a ball player. Being able to fulfill these aspirations is not only an exciting opportunity but a really rewarding one too.

Perez, who hasn’t won a tournament since 2017, has signed with the LPGA Golf Series for $10 million. This is a significant amount for someone without a win since 2017. In four years from now, if he doesn’t lock up a victory in any of the tier 1 tournaments on tour, Perez will be eligible for the PGA Tour Champions circuit.

Perez’s announcement was weirdly done with his wife, Ashley, actually revealing the announcement with an Instagram story. In the post, Perez is seen swinging a golf club at the iconic 17th hole of TPC Sawgrass as “BREAKING NEWS (!)” flash up. It then ends by saying “Pat Perez has signed with LIV Golf”.

With the appearance fees, $225 million in prize money will be awarded over 8 events. The first 7 regular tournaments offer a purse of $25 million, with $20 million distributed in individual prize money with the 3 winners taking $5 million each.

At the end of each World Tour and Season, an individual champion is declared who wins the grand prize of $30 million. The runner-up gets $18 million, third place $8 million, and 4th place $4 million. This only applies to players if they have participated in at least four events.

The Team Championship finals have double the entry fee at $50 million, which is a team-only tournament. The prize money for each player only accounts for 1/12th of the total purse, with the winning team receiving $16 million and last place receiving $1 million. Teams will receive a 25% share of their winnings.