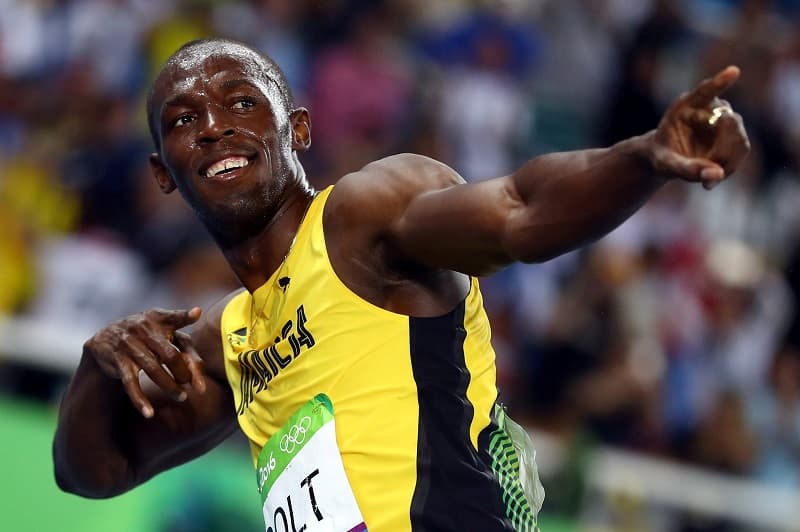 Usain Bolt is a professional and retired sprinter of Jamaica who is in the number one position of the sport. He has numerous world records in the game where he is a retired player of the time. Two of the greatest sprints in the history of his gameplay are the 2009 World Championships in Athletics -Men’s 100 meters and Athletics at the 2012 Summer Olympics – Men’s 100 meters. Check Usain Bolt Net Worth, Olympic Medals, Top Speed, Height, Record, Religion, Age, Retirement All You Need To Know.

Usain Bolt is one of the greatest players in the game. He is regarded to be the number one player when it comes to athletics.

The net worth for the player is estimated to be around $90 Million. He is one of the richest and highest-paid players in the sport. The major source of income for the player is from the game of Athletics. however, there are investments too in the game.

Usain Bolt is a Jamaican player where his nickname is Lightning Bolt who is 35 years old player. He plays events like Track and field and also sprints. He is a part of the club Racer Track Club.

Bolt is coached by Glen Mills where he announces his retirement in 2017.

The player got disqualified in the 2008 Beijing 4 X 100 m relay game. Here is a list of records for the player in the Olympics Games.

Usain Bolt has many records to his name in the game. A few to name his Guinness world Records are listed below. The player has in total of 19 Guinness World Records on his name.

Here is a list of all the Guinness World Records for the player in the game.

There are many honours with Usain Bolt the fastest sprinter in history. The World Championships for the player are as follows.

There are other records too on his name for the game in athletics.

Usain Bolt and his longtime Kasi Bennett are blessed we blessed with their first child in 2020. Their daughter is named Olympia Lightning Bolt.

In 2021 the couple is blessed with twin boys whom they named Saint Leo and Thunder.