Who should India field in the ODI against New Zealand, Umran Malik or Shardul Thakur?

India won the ODI series 3-0 thanks to a dominating performance against Sri Lanka. They will now host New Zealand for three more ODIs. The hosts showed off their batting prowess, but the real standout of the series was their bowling.

Mohammed Siraj and Kuldeep Yadav, in particular in the absence of Jasprit Bumrah, demonstrated why they have become almost indispensable to the Indian bowling attack.

However, there has also been a lot of discussion about India’s batting depth in ODIs and whether it is adequate for a tournament like the. This has led to an interesting debate about which of Shardul Thakur and Umran Malik should be the hosts’ third pacer in the ODIs against New Zealand.

In light of this, let’s examine three important points in depth and attempt to determine who should be given preference:

#1 Umran versus Shardul: Who is better able to contribute with the bat?

India scored just 17 runs in their final three overs of the first one-day international against Sri Lanka in Guwahati. Mohammed Shami and Mohammed Siraj, the bowlers, didn’t give the innings with the bat the final push it needed.

Many hypotheses have been put forth regarding the significance of having a bowler who can bat at No. 8 for the Men in Blue. The No. 8 will probably need to be a pacer who can bat because Washington Sundar and Kuldeep Yadav are likely to be the two spinners against the Kiwis. Here, Shardul Thakur easily wins over Umran Malik.

#2: Umran versus Shardul: Who is a better enforcer for India with regard to penetration?

In the ODI series against the Kiwis, Thakur and Umran might have to play first-change bowlers because Siraj and Shami are likely to bowl with the new ball once more. They will primarily be required to bowl in the middle overs (11-40), which will present a unique challenge due to the presence of an additional player within the 30-yard line.

In this phase, Thakur has 31 wickets, a decent economy rate of 5.70, and an average of 26.12. He has earned a reputation for being adept at picking wickets and breaking crucial partnerships.

Despite the fact that Umran only played six innings, he has taken 11 wickets in this phase at a better average (18.90) and economy rate (5.33) than Thakur. Because of this, he probably has a better ability to break partnerships in the middle of an ODI than the Mumbai pacer.

#3 Shardul versus Umran: Who has the extra speed to rush the batters?

Umran Malik’s raw pace is what sets him apart from the majority of pacers in India, despite Shardul Thakur’s extensive skill set. With his 156 kmph thunderbolt, the speedster recently set two records for the fastest ball bowled by an Indian in international cricket.

Umran’s erratic line and length were questioned by a lot of people because he has been expensive so far in his T20I career. However, in the ODIs, he has demonstrated excellent control and mixed his lengths very well, so that is not the case.

Therefore, many people would expect Umran to produce that cutting-edge bowling attack on a flat surface with his blistering pace against Thakur’s variations. Based on this brief analysis, India appears to retain Umran as their third pacer. 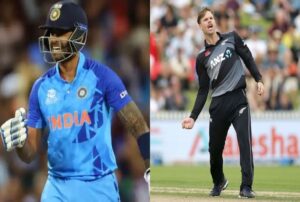 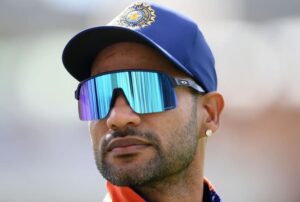 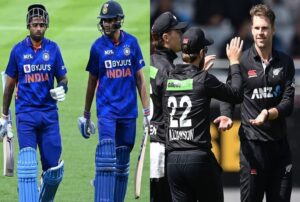 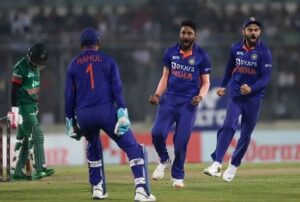 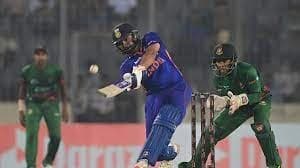 Rohit Sharma is the first Indian batter to reach this significant milestone, despite being injured 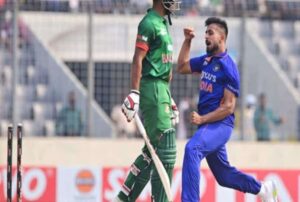 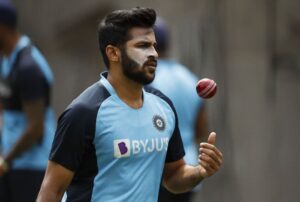 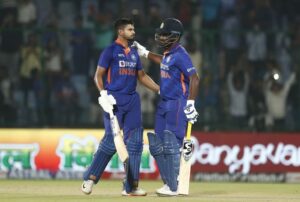