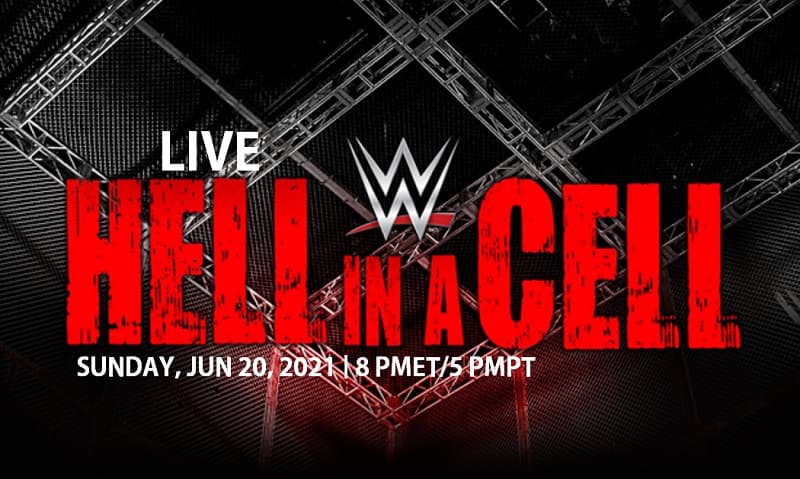 Where to watch live telecast in India?

Sony Pictures Network holds the Exclusive broadcasting rights of WWE’s Event in India. So Indian fans can watch the live telecast Sony Pictures Network. Sony 1 Will provide the Live Telecast in English Commentary. While Sony 3 will provide the lives telecast in Hindi Commentary. Whereas Sony Liv will broadcast the digital live streaming of WWE Hell in a Cell 2021. In India, The Live Telecast of Hell in a Cell 2021 will kick off at 4:30 AM IST on 21st June 2021.

WWE Hell in a Cell Predictions and Rumors

Seth Rollins vs Cesaro (Hell in a Cell): Rollin’s Brutal Attacks on Cesaro have shown a clear indication that Cesaro’s Shot at the Universal title was a one-off. So Rollins vs Cesaro makes sense to fill the slot for SmackDown Side.

Roman Reigns (c) vs Jimmy Uso- Universal Championship: Jimmy has not followed with Jey’s Plan that his twin brother followed his lead and fall in Behind Reigns. Therefore it’s like Jimmy is the next man up for Regions as he retires to establish himself as Head. So this has not well with the Tribal Chief and Violence would likely occur.

Bianca Belair (c) Vs Bayley- SmackDown Women’s Championship: Bayley’s Never Give up approach as she lost against Charlotte Flair at Wrestlemania Backlash. But she seems not to be ready to back down. Therefore it seems Remantch is in Order. So If WWE wan5ts to make sure there’s Women Match in the structure then the match will schedule.

Aj Style & Osmos (c) Vs. Elias & Jaxson Ryker- Raw Tag team Championship: Ryker defeated AJ Styles in a tainted Singles Match with the aid of Elias but then Osmos can me in for the Same. So there’s has to be a title match blow-off at some point.