Where and how to watch India vs Pakistan T20 World Cup match live stream? 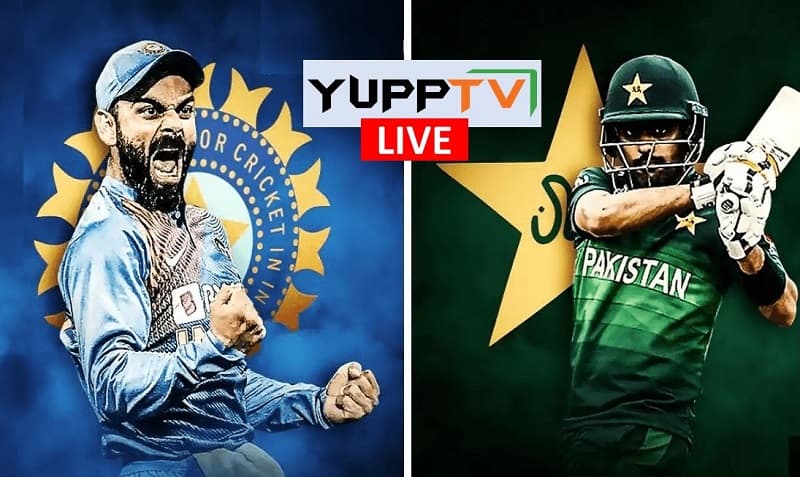 India and Pakistan are geared up for an exciting encounter on October 24, and the emotion around India vs Pakistan is unparalleled. If you are looking for ways to watch the high-intense India-Pakistan match in the T20 World Cup, YuppTV is your one-stop destination. Watch India vs Pakistan live on YuppTV and get all the live updates.

India and Pakistan entered the camp with a lot of confidence and energy from IPL and National T20 success. Both the teams started their World cup warm-up games with much positivity. India thrashed England and Australia in the practice sessions and is set to bring their A-game on the big day.

Pakistan had mixed results in their two warm-up matches. While they defeated West Indies in their first match, Pakistan lost to South Africa in the second match. However, the team shifts gear at a brisk pace from warm-up to league.

Cricket analysts are drawing comparisons between Indian skipper Virat Kohli and Pakistan captain Babar Azam. Both the skippers will face each other for the first time in the T20 world cup.

While Virat has been leading the Indian side in all formats for quite some time now, Babar Azam took the responsibility of all three formats last year. This match against India will be one of the most crucial tests for Babar Azam in his career.

Both Virat and Babar have contributed to the glory of their teams in recent times. Virat Kohli has dominated the game and emerged as one of the best batsmen in modern cricket. Babar has been consistent in all forms, and his technique is remarkable.

As the pressure soars ahead of the big clash, get ready to watch India vs Pakistan live on YuppTV and enjoy all the best moments. Yupp TV to Live Stream India vs Pakistan, So Watch Yupp TV in Continental Europe and South-East Asia.