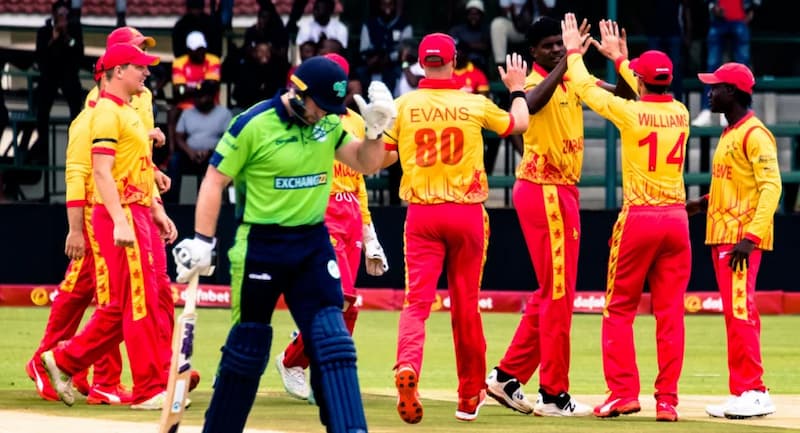 On January 18, Ireland (IRE) and Zimbabwe (ZIM) will play their first one-day international (ODI) at the Harare Sports Park in Harare. Here is everything you need to know about the Dream11 prediction for ZIM vs. IRE before the game.

Zimbabwe and Ireland will focus on the ODI format following an intriguing T20I series. After claiming victory in the T20I series, Zimbabwe will attempt to win the ODI rubber as well. Gary Ballance’s addition to the top order adds firepower to their experienced team. Paul Stirling and Josh Little are expected to return for Ireland, which will start as clear favorites. An exciting game awaits in Harare, with both teams hoping for a significant victory.

With 460 runs in 29 matches, Lorcan Tucker is Ireland’s first-choice keeper, often batting in the lower order. He has impressed in the ICC T20 World Cup as well, and he has recently been in decent form in white-ball cricket. Your IRE vs. ZIM Dream11 prediction team would benefit from the addition of Tucker, who is likely to bat in the middle order.

Craig Ervine has 2899 runs at an average of 32.21, making him an experienced campaigner. He scored 100 runs at a strike rate of 112.26, making him the series’ leading run scorer. Ervine is a top pick for your IRE vs. ZIM Dream11 prediction team because of his form and experience.

Wesley Madhevere bats well and has scored 485 runs in 25 games. Despite the fact that he has five fifties to his name, his average is slightly lower. Your Dream11 prediction team would benefit from Madhevere’s ability to score big runs in the middle overs.

Another highly regarded youngster with a successful international debut is Josh Little. In 22 matches, he has taken 33 wickets at an average of 31.09 Little is a must-have member of your Dream11 prediction team for the IRE vs. ZIM matchup due to his proficiency with the new ball and in the final overs.

In the T20I series, Zimbabwe’s Ryan Burl stood out, scoring 53 runs and taking seven wickets in three matches. Burl has a good ODI average of 28.65, despite the fact that his batting has taken the spotlight for the past year or so. Your ZIM vs. IRE Dream11 prediction team’s top pick for captain or vice-captain is Burl, who is in excellent form.

Another gifted Irishman, Harry Tector, is slowly building a big name in international cricket. He scored 78 runs at a strike rate of 104 in the T20I series against Zimbabwe, taking five wickets with his offspin. Tector is a viable captaincy pick for your ZIM vs. IRE Dream11 prediction team due to his versatility and form.

With a 38.89 ODI average, Paul Stirling is perhaps Ireland’s best batter. He enters the series after a successful ILT20 campaign in which he scored 74 runs in two matches. Stirling could be a good differential pick for your ZIM vs. IRE Dream11 prediction team due to his form and experience.

It is not anticipated that the pitch in Harare will be flawless. In the T20I series, run scoring was difficult, and the track is expected to behave similarly. After winning the toss, the best course of action should be to field first.

Throughout the game, there is a 40% chance of rain, and most of the time, it will be cloudy. The temperature will hover around 21 degrees Celsius.

You can watch the match on fancode app 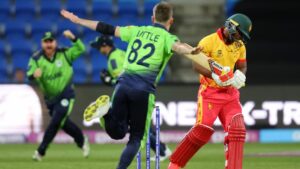 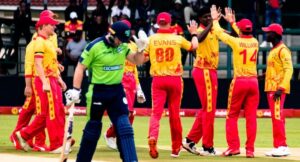