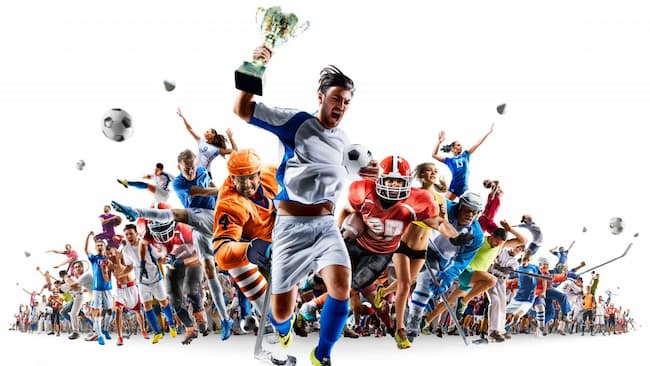 The United States of America has a crazy base of fans for different sports. There are mandatory sports at the collegiate and high school levels. The United States remains a country with a remarkable sports heritage, from high school and college sports to the star-studded National Football League (NFL), National Basketball Association (NBA), and Major League Baseball (MLB), etc. Check 7 Most Popular Sports In America.

The US has a diversified society but sports play an integral role in bringing them together. Check out the list of the 7 most popular sports in the USA. The list is based on the number of viewers.

Check out the top 7 most popular sports in America.

7 Most Popular Sports In America

At the number seventh spot, we have golf. Almost 10% of the population plays golf in the USA. Among those, 77% are male and the rest female. The game is a great pastime for the American audience.

As a competitive sport, Tiger Woods surely brought the sport to the fore in American sports. Golf has been intensely competitive in recent years; as the game’s intensity increases, the attention it has received has skyrocketed.

On the International scene, tennis is a game dominated by Americans. Around 17.9 million people in the USA watch tennis. The country has produced generational talents like Serena Williams, Venus Williams, Andy Roddick, etc.

Various tennis tournaments, majorly the US Open, have seen a tremendous increase in viewers in recent times. With each passing year, the popularity of tennis is increasing among American kids.

Ice Hockey in the USA, which is played at the Apex level at the National Hockey League (NHL), is home to a plethora of youthful talents, majorly from America and Canada.

It is quite a popular sport in America. A single game of ice hockey averages a viewership of 2.6 million. Massachusetts, Michigan, and Minnesota are the popular hotspots for this game in particular. Ice hockey is most popular among 18 years to 45 years old.

In 2019, about 5.33 million viewers watched the NHL Stanley Cup games in the US, the second-highest in the past five years.

A sport that is definitely at the top spot in Europe, lands in the fourth spot in America. In recent years, Americans have shown considerable interest in soccer.

Known nationally as the USA’s national pastime, baseball is the sport that can continue to receive significant attention from American sports lovers.

The star-studded Major League Baseball features a whole lot of players known for their remarkable antics. Baseball drew around 80 million viewers. However, with time, the viewership has declined to 26.8 million.

When the Major League Baseball (MLB) managed to secure around 72 million tickets in the 2017 baseball event, the sport suddenly got across the board, surpassing all other sports being played in the country except football.

Despite declining popularity, baseball remains one of the most liked sports in the USA. The Americans love this game because of its strategy, patience, and pressurized environment that provided the fulfillment of thrill.

ALSO CHECK: Top 5 Most Popular Players In The Golf In 2021

One of the most notable sports in America, basketball, which has been played for over a century, has produced some of the USA’s most eminent personalities. The second most popular sport in the USA is basketball.

It is a highly popularized sport due to its fun tactics, exciting pace, and known opportunity. On an average level, basketball gains 105 million views per game. The National Basketball Association (NBA) of the USA is the most popular league in the world.

Women’s NCAA Basketball is equally popular in the country. Isn’t it surprising that the national basketball team of  America has won eight gold medals in Olympic games and secured ten FIBA world cups?

Incepted in New Jersey in 1869, American Football rose in more than a century to become the most popular sport in the USA.

The National Football League, known as the NFL, has seen an increase in viewers in recent following years of decline in viewers amidst a politically motivated controversy.

It is the most popular sport in the United States of America is American football. Around 37% of the population watches American football. It is also recorded to gain the highest number of live audiences in the stadium with 67,591 than any other league.

The sport is popular at the high school and collegiate levels. The Super Bowl Sunday is the highest-rated sports program on TV among all-time favorite sports events.