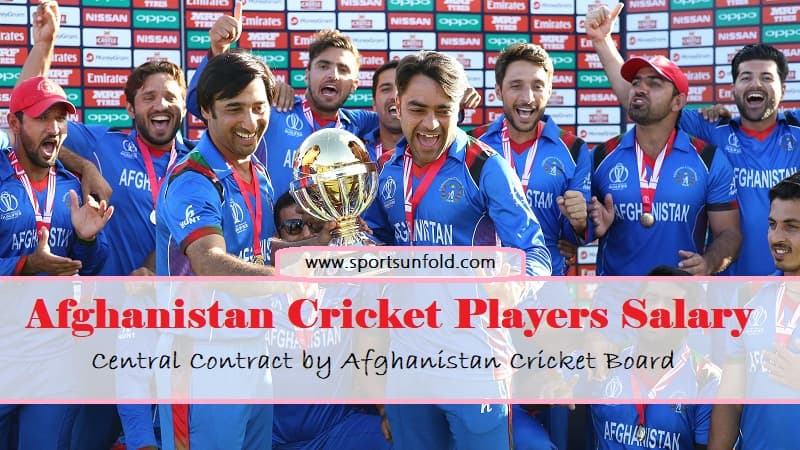 Afghanistan achieved the top-ranked in ICC Cricket Team Rankings. And currently, Afghanistan is in the top 10 list in ODI’s and T20I’s and Ranked 11th in TEST. Cricket fans witnessed the rise of the Afghanistan National cricket team in recent times. The team was also featured in ICC WOlrd Cup 2019 and unfortunately, Afghanistan lost all the matches and did not make it to the knockouts. Hashmatullah Shahidi took over the responsibility of Captaincy in Test and ODI’s. While Afghanistan’s most successful spinner Rashid Khan lead Afghanistan in T20I Format.

Afghanistan Cricketers earn a huge amount of money from the franchise cricket league. Like Rashid Khan, Mujeeb Ur Rahman, and Mohammad Nabi played in the franchise cricket leagues IPL, BBL, CPL, and many more. They earned huge amounts of money from the leagues. While Former Afghanina National team Captain Asghar Afghan is also ranked top in the Highest-Paid cricket list. Asghar Afghan played a Big Role in the success of the Afghanistan Team. Asghar Afghan was relieved from the captaincy and Hashmatullah Shahidi took over Afghanistan Team Captaincy.