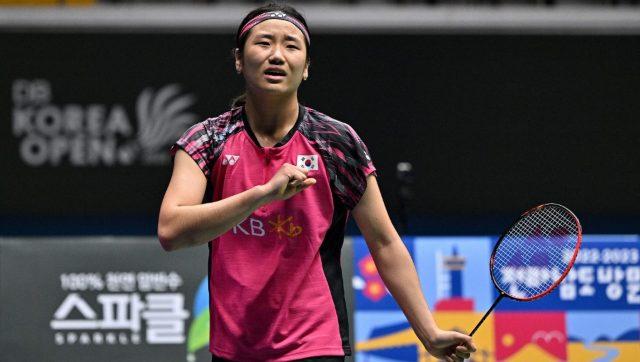 The victory got tasted in the unlikeliest manner in the second game. The Korean player Young awarded the defeat to the Olympic champion with swift moves. Chen got just five points in the second set and experienced a one-sided defeat, in current times.

The rivalry grew up in the last few years between these 2 players. The Uber Cup final was hosted in May and turned out to be the epic one. Chen saved three match points and emerged the winner in less than 1 ½ hours.

Young was aware that high pace is Chen’s choice. She wove a soft web and opened up for the hard shots after working out a window. She showed fine touch and made the shuttle die-off from tape again and again.

Chen made efforts to catch up. After Young edged her in the opening set, the Olympic champion failed badly.

Young made errors in the initial game but ended with none in the second. It was a solid and well-paced performance. She maintained the pressure and gave Chen no chance to work.

Champion Young said, “I can’t believe I won this. It’s surreal. I can’t sleep tonight!”, “I lost many times to her. I learned a lot from our past matches and studied her videos. Instead of thinking about beating her, I was focused on improving myself. It was a battle over myself.” It was her second title of the year.

Chen agreed she failed to identify her rhythm and appreciated her opponent. She termed her “brilliant” in netplay.

Chen said, “I had opportunities in the beginning, particularly in the first game, but I failed to take my chances,”. “I have to get myself fit and my energy level up. There were many problems that I discovered over these four weeks, so I’ll need to analyze, improve and make some adjustments.”

“The most important thing is to find my rhythm when I’m being controlled by my opponents, and how to get out of the situation. For example, today my opponent was playing brilliantly at the net, and I couldn’t gain any control. So, I have to find a solution, maybe I need to vary my shots a bit more.”