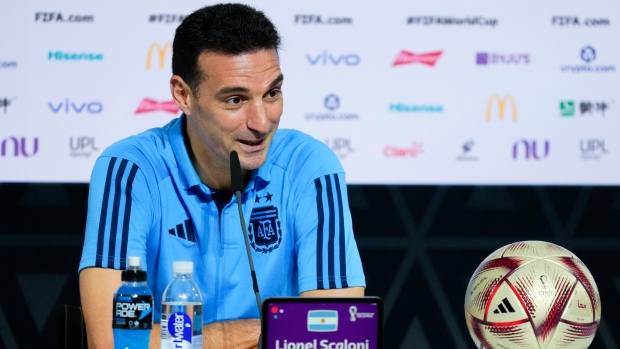 A season and a half or less was spent by Lionel Scaloni in Mallorca. Scaloni, who was in his twilight years as a player, spent the 2008–09 season on loan from Lazio to the La Liga team before returning to the Serie A team. However, the now 44-year-old was welcomed as if he were still a member of the team 14 years later.

The club to whom Scaloni was loaned out called him back for an official pre-match ceremony at the San Moix before the home team’s La Liga match against Real Valladolid after he led Argentina to their first World Cup victory in 36 years. The club jersey with the manager’s name and number five imprinted was given to Argentina as a framed souvenir.

Abdon Prats’ game-winning goal came in the last seconds of the second half, giving Mallorca a 1-0 victory.

After finishing his playing career in 2015 with Atalanta, Scaloni accepted a position as an assistant manager at Sevilla, then managed the Argentina national team under Jorge Sampaoli, before taking on the management of the U20s and ultimately landing the national team position in 2018.

During his tenure as manager, Argentina won the 2021 Copa America, the 2022 World Cup, as well as the La Finalissima match against Italian champions.

At Qatar 2022, Scaloni’s Argentina fell to Saudi Arabia in the opening game, snapping a 36-game winning run, but they rallied and won the next six games to claim the championship. Scaloni made his professional debut for Newell’s Old Boys in 1995. He was born in Pujato, Santa Fe. He played with Deportivo de La Corua for the most of his professional career, where he won the 1999–2000 Spanish league championship and the 2001–2002 Copa del Rey. In all, he played 258 games and scored 15 goals for three different teams in La Liga throughout his 12-season career. Prior to his retirement in 2015, he also played for a number of seasons with Lazio and Atalanta in Italy.

The BCCI has named a revised lineup for the series after Jasprit Bumrah withdrew from India vs. Sri Lanka One-Day Internationals

Still, so be it Gambhir’s strong’ Indian justice is precedence, not IPL’ communication to players  If the ballot has to suffer.