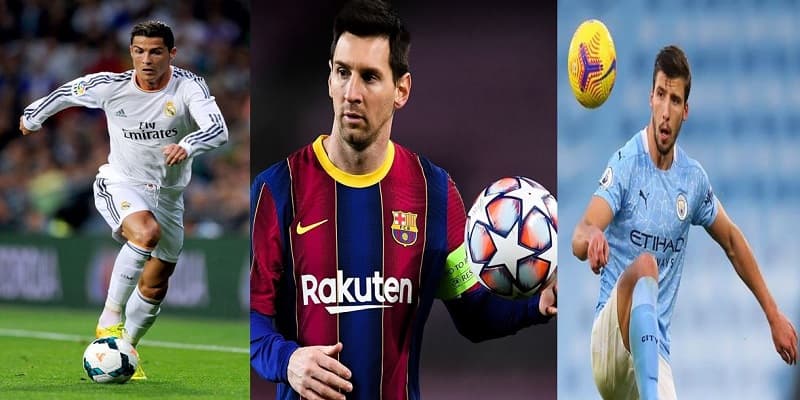 Ballon D’Or is one of the most prestigious professional football awards. The 65th award ceremony will be taking place in 2021. It is great for all the footballers to receive this award. The ceremony is coming up with the new season where Lionel Messi won the award 6 times. So check Ballon D’or 2021 Power Rankings List, Odds, Who will win the 2021 award?

This season’s ceremony will be taking place as the previous season was canceled due to the Covid-19 pandemic situation in nations.

He is one of the most loved players in football where he has record-breaking statistics. Robert has won the Bundesliga and the German Super Cup with Bayern Munich in the 2020/21 season.

He is one of the best players where he has 41 goals.

Kylian is a 20 years old footballer and one of the strongest players to the titles of the awards this year. He is one of the top goal scorers with a total of 27 goals and 7 assists.

However, he failed to win Ligue 1 and was a knockout of the Champions League in the semi-finals.

Lionel Messi is from Barcelona which he carries the team single-handled. He is the winner of the Ballon D 6 times. He is also the winner of La Liga’s Top goalscorer fifth season in a row. He stands on position three of the rankings.

The magician scored 33 goals and 14 assists. He led the Catalans to the Copa Del Rey triumph. He is one of the probable winners of the ceremony for 2021.

Ronaldo is one of the players with position four in the rankings of the Ballon d’Or. He has a record for the 29 goals to his name. He is the winner of the Coppa Italia and Italian Super Cup with Juve.

CR7 is one of the best contenders for the title of 65th who could win the title.

He has a record of 12 assists and he has a score of 6 goals in the Premier League.

Bruno is a Portuguese professional footballer and one of the strong contenders for the award this year. He is a midfielder and has been a part of Manchester United and has paid a lot of Premier League.

Romelu Lukaku is a Belgian professional footballer who plays the striker in football. He plays for Serie A and Inter Milan and Belgium national team.

He has a total of 24 goals and 11 assists in the season and he is the main player of Antonio Conte’s Inter.

He is one of the best Portuguese professional footballers who play as the center-back in the teams. He is currently a part of the team Manchester City.

Harry Kane is an English professional footballer who plays as the striker in the team. He is currently playing in the team Tottenham Hotspur.

Erling is a Norwegian 20 years old professional football player who plays as a striker. He is playing in the team Borussia Dortmund and has a number 9.

He has a score of 59 goals in 62 appearances for them.

The above list is Ballon D’or 2021 Power Rankings List and Odds. Messi, Jorginho, Ronaldo: Who will win 2021 Ballon d’Or award?