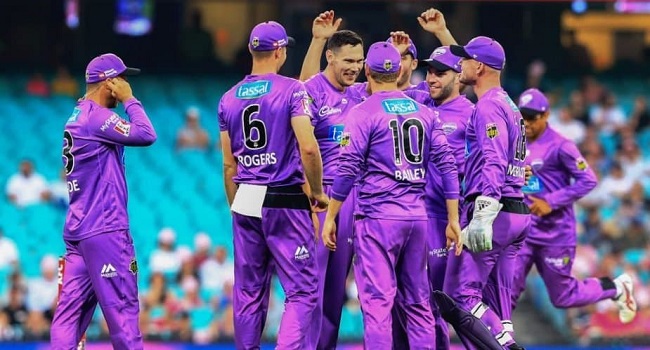 Hobart Hurricanes is an Australian professional cricket team that competes in Big Bash League. The team is founded in 2011 where they represent Hobart and play their homes matches in Blundstone Arena. Check BBL 2021-22 Hobart Hurricanes Squads.

The team is popularly known for the Purple colour kit where they have been Runners up for the league BBL two times.

Hobart Hurricanes squad is announced and the team is all set o roll out their game in the upcoming edition of Big Bash League 2021-22.

Check out more details about the Hobart Hurricanes squads, captain, schedule of the team, and home ground information here on this page.

The team squads for the team are announced. The team will be selecting the Playing XI from the current squad of the team.

Here is the entire current squad for the Hobart Hurricanes.

The captain of the team is Matthew Wade. He is an Australian cricketer who plays at the position of wicket-keeper-batsman. He is a left-handed batsman and right-arm medium-fast bowler.

He has also been the captain for Australia in 2020 December in International cricket.

There have been domestic and international honors to the team. The team has been a part of various leagues like Big Bash, CLT20, Abu Dhabi T20 Trophy.