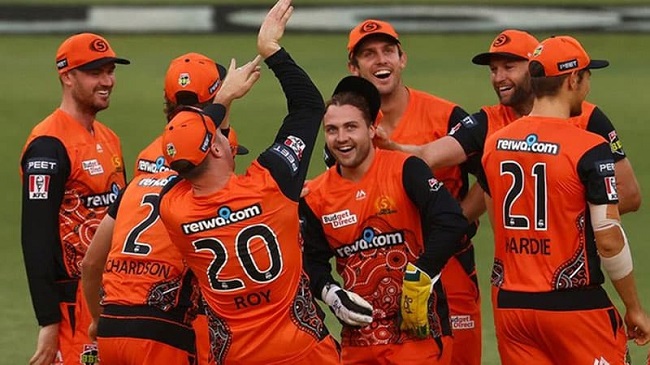 Perth Scorchers is a popular Australian domestic cricket team that competes in the Twenty20 league. The team will be representing themselves in the Big Bash League 2021-22. Check BBL 2021-22 Perth Scorchers Squads.

Perth Scorchers are one of the most successful teams in the BBL where they have been a part of the game since 2011. The team is the winner of the league three times.

Perth Scorchers have won the fixture for Season 03, 04, and 06. The team is popularly known for its two colours oranges and black.

Check out more details about the Big Bash League 2021-22 Perth Scorchers Squads, captain, schedule for the team and other information here on this page.

Here is an entire squad for the team where they will be taking part in the league.

The current captain for the team is Mitchell Marsh. He has been the captain of the team from 2020 till the present. Mitchell has played a total of 21 matches where they won 07 fixtures and lost 14.

Mitchell is an Australian cricketer who plays at the position of All-rounder in the game. He is a right-handed batsman and a right-arm medium bowler in the team.

The entire schedule for the team is out now. The matches will be rolling out soon this December. Perth Scorchers are all set to give their gameplay at the Big Bash League 2021-22.

The team has many honours to their name. They are the holders of domestic as well as international honours. Here is the list of the honours of the Perth Scorchers in various leagues.