Chess an escape from war for South Sudan’s player’s 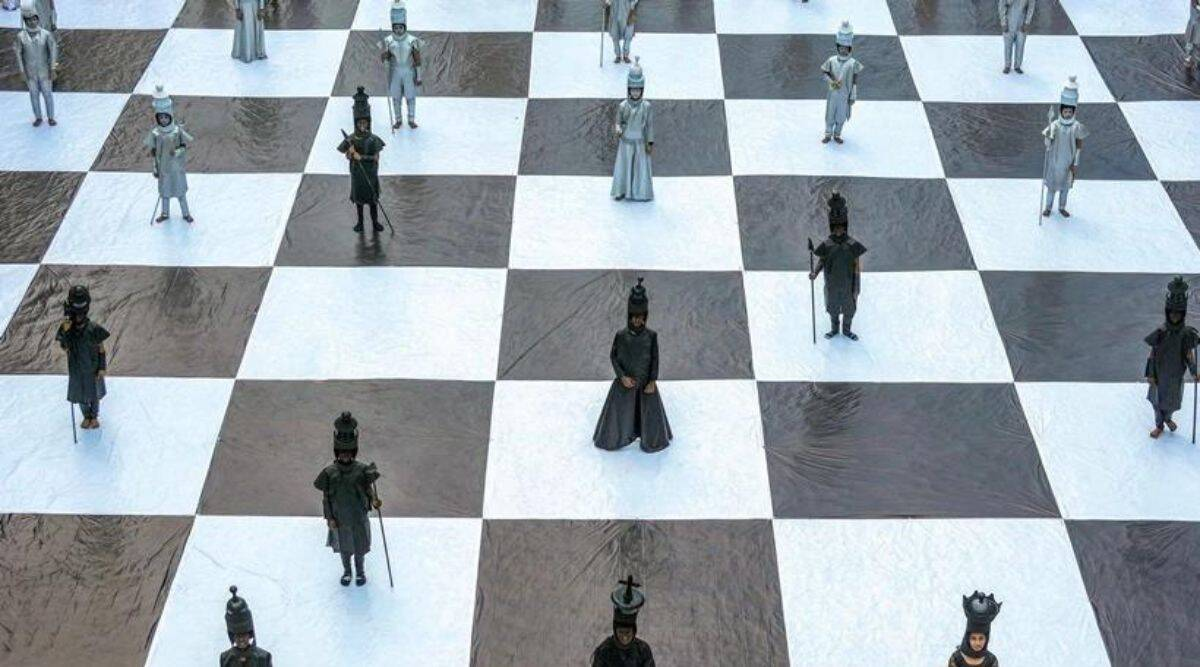 Chess an escape from war for South Sudan’s player’s

Chess an escape from war for South Sudan’s player’s: South Sudan’s top-ranked chess player, Deng Cypriano, would rather not discuss the conflict in his country.

The thought of battle leaves the 40-year-old man feeling numb, he says. His ears are pierced by the rattle of gunshots. Right in front of his eyes, military jeeps blaring sirens and pointing Kalashnikovs pounce. “It’s not news to us since it’s part of our daily lives,” he says.

His group is completely detached from Earth. Virtually a parallel universe. “And I look out at this wonderful world of chess and sunshine and people from all over the world, and I feel optimistic and hopeful about the future of humanity and peace. When my new pals talk to me, I realise how wonderful this world is,” he says.

Almost everyone on the crew has a terrifying narrative of war, poverty, death, or despair that they barely made it out of, but they’d rather not talk about it. These few days, he argues, should be celebrated since they are among the best of our lives, and they may be the last.

Eleven years after the separation of South Sudan The world’s newest country, Sudan, has recently emerged from a lengthy and violent civil war, but it has also been hit by natural disasters including widespread flooding and drought.

The United Nations estimates that 8.3 million people, or around two-thirds of the overall population, are in need of humanitarian aid at the present time and that 1.4 million children under the age of five are acutely malnourished. The maternal mortality rate in this country is the highest in the world.

When individuals are constantly battling for survival, it’s hard to take chess seriously. However, Cypriano and his group use the game as an escape from life’s inconceivable reality. The game we play is war, but it’s a friendly fight. Our daily lives have been improved thanks to it. We may travel the world, be good examples for our fellow citizens, make new friends, and maybe even convince the combatants that things are better elsewhere, he argues.

South Sudan, along with other Central African countries, has a long tradition of playing a variety of local forms of the sport. In his youth, Cypriano and his pals took up the game of chess and play it anywhere they could set up their ratty chessboard, be it a spare room, a shady park bench, or even a corner of the living room.

When we were unable to find wooden chess boards for sale, we fashioned our own. He recalls that while the regulations were altered, the fundamentals remained the same.

The Munuki Chess Club in Juba served as the starting point for many serious chess games in the country. The club attracts the country’s chess elite and hosts competitions that aim to bring peace and understanding among the country’s many competing ethnic groups. Club president Jada Albert Modi had told The Juba Post, “It helps to bring people together because South Sudan truly needs people to know one other, not through the tribe lens or the ethnic lens, but through competencies, capabilities, hobbies, and similar interests.”

Players are not formally mentored but rather learn the ropes and hone their skills as they go. Since getting online can be difficult and the connection is sometimes insufficient, they are unable to fine-tune their games online, which is an essential part of modern chess development.

Since many bars now offer free internet service, this is where many of them congregate. Moreover, ladies have a hard time fitting in there as well. However, the costs associated with data storage and internet subscription services are prohibitive. We might be able to pull it off for a few days, at most a week. Supriano responds, “But not for a month.

Also, most of them don’t have access to desktop computers or portable ones. The FIDE-appointed, highly-trained Vedant Goswami was taken aback when he first met his students in an online class.

One laptop was all they had. Ten to fifteen people, including players and officials, used to cram in front of a single screen in a cramped room for the zoom conference.

The fact that you can never be sure of who is who made it difficult. As a coach, it was challenging to tailor my lessons to each individual. We eventually got them set up with some more laptops. He explains, “The internet would also cut out.”

To him, they had a really unpolished game. They were much higher quality than I had anticipated. Of course, there’s Deng, who’s rated over 2000 (2105), but the rest of them were green. They were constantly on the lookout for an offensive opportunity, and their defenses were a joke. Consequently, I had to drill them defensively and positionally. After learning that it was difficult for the women’s team to go out and play in bars or clubs due to safety concerns, he explains the team’s poor performance.

Even though there aren’t many events, that hasn’t stopped them from practicing regularly to improve their performance. We’re starving, and we see people in our country going hungry every day. That way, we won’t have any grounds to whine about the lack of supplies.

Simply put, we do all it takes to stay afloat and improve, gain notoriety, and demonstrate to the nation and the globe that sports can alter people’s lives for the better. Cypriano argues that the game of chess has the potential to unite people, foster friendships, and even promote peace in South Sudan.

He now has new, sparkling eyes. No signs of battle damage can be seen on them. It’s possible that chess helped mend those.