Vaughan believes that Pat Cummins and Australia will be having “sleepless nights” after England scored 500 or more in just 75 overs on the first day of the RawAnother former England captain, Nasser Hussain, said that it was amazing to see what could happen when team management took away players’ “fear of failure.”After England scored more than 500 runs

We must be truthful regarding England’s actions. Eight games in, they are trying to change Test cricket, and it is going pretty well. They haven’t done it before and struggled for three games. Vaughan wrote in The Telegraph, “They had one blip, but otherwise it’s been consistently excellent.”
we’ll say that Brendon McCullum and Ben Stokes were the duo that changed Test match cricket: the way it is played and how we view it.

I’ve never seen a captain have such an impact on a team while watching or playing the game. Take a look at the England team’s previous positions. One win in 17, a crushing defeat in Australia while playing cricket in stark contrast to this.

Vaughan said, “First Test team to encourage risk-taking,” and despite the flat Rawalpindi pitch, England should be commended for scoring quickly without using slogs. Vaughan claimed that England’s strategy, as opposed to the traditional five-day game’s risk-averse approach, had introduced risk-taking into Test cricket.

The Pakistani bowling attack lacked experience, and the flat pitch was extremely flat. However, taking 22 yards out of the equation, Pakistan is generally the best team in the world at bowling on flat wickets. The English were simply too much. Vaughan wrote, “It wasn’t careless; it was good, powerful cricket shots.”

Watch how they execute these shots. In my generation, we would have considered them risky. Because they are so accustomed to it white-ball cricket, they pose no threat to them: paddles, dancing down, and sweeps in reverse. These players perform them on a daily basis. They have conditioned their bodies and minds to perform it repeatedly.

Also, it’s a sensible approach! Saying that scoring at nearly seven per over isn’t completely insane sounds crazy. However, given these players’ abilities, it is not outrageous. They have been taught to do it.

Capitalize after getting bowlers into their second, third, and fourth spells. They consider how you might handle them. This is the first team to openly encourage what we consider to be risk-taking in Test cricket. The modern player will benefit greatly from it.

Vaughan stated that England’s “juggernaut” was not something that opponents would want to run into, despite the fact that he acknowledged that it was impossible to recreate a day on a perfect spot.

England will need to adjust and shift gears like the great Australian team did in order to demonstrate that this is more than just a hot streak.
But every time they try a new bowling attack, people have wondered what will happen, and it keeps going well. I imagine that the Australians would have declared, “We will have will be having trouble sleeping right now. It is not at all a pleasant strategy or mentality to play against.

In his day, Hussain said that he was a “fearful” player, but this England team had been able to play like nothing was important when it was very important.
The mindset and the purpose have changed.

It’s amazing what can happen when the coach and captain take away the fear of failure, as we’re seeing on a regular basis now,” Hussain wrote in the Daily Mail.

It’s the scenario that athletes fantasize about. to pretend that nothing really matters when you know deep down that it does.to treat a position for which you have worked your entire life as if it were just another day at the office. It is like playing knockabout in the park to imagine representing your country.

I was a fearful cricket player who was only concerned with my own survival. These individuals just want to have fun and go out. It’s wonderful to watch. 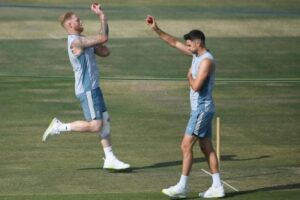 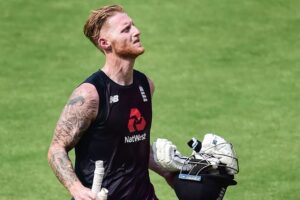 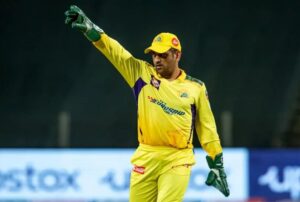 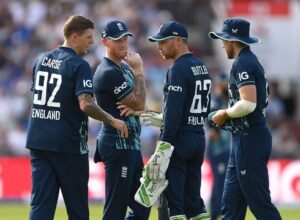 Watch The first test series between England and Pakistan in 17 years. 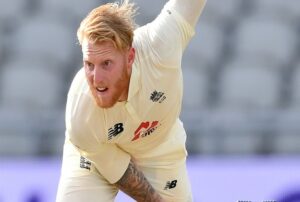 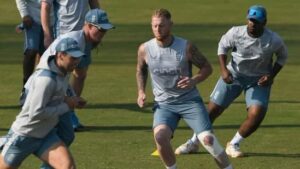 The first test between England and Pakistan will begin as scheduled on Thursday. 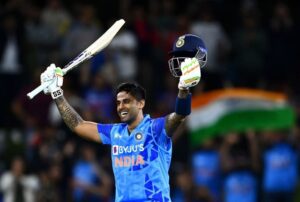 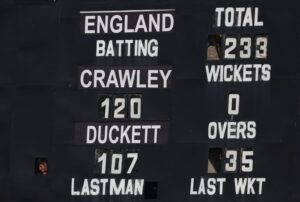