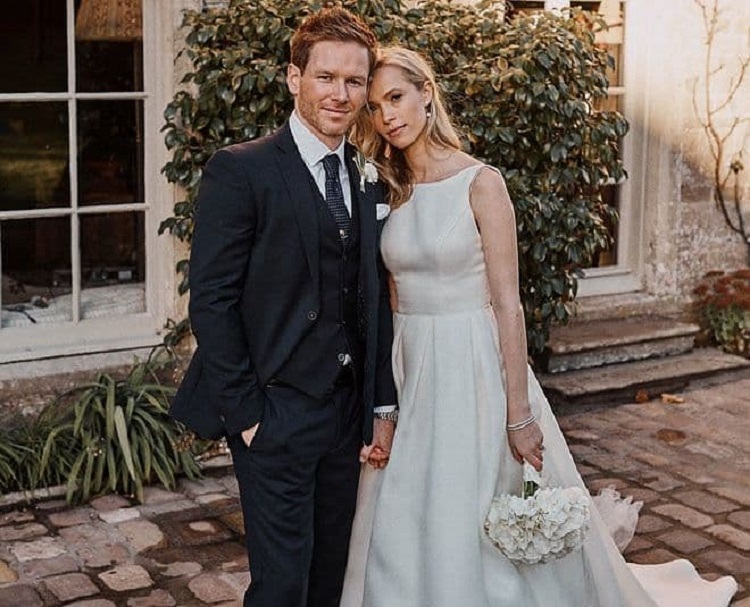 Cricket is a game with a huge fan following through the world. All the players from various teams are quite popular and famous. England cricket team is another popular team which is popular worldwide. So check England Cricketers Wife.

Every cricketer is some of the other times accompanied by someone during the game. Yes, we are talking about the love of their lives. Here is a list of wives of England cricketers and their profession. Their wives often company them during the game to the stadium as their supporters.

Top 10 Most Popular England Cricketers Wife and her profession

Carie is the wife of England cricketer Joe Root. The couples are often spotted together where they travel the world. The couple started dating each other in 2014. After completing four years of dating they decide to get married in 2018. The couple looks amazing together.

They share their travel trips and Carie Root is often on her Instagram who is quite popular.

Daniella is the wife of the England cricketers, James Anderson. The cricketer is very popular and often in news. Daniella is a model and the couple was dating each other for a long time. Later, they marry each other in the year 2006.

They both look happy together and all fans are happy to watch the duo together very often.

Sophie is married to an England cricketer Liam Dawson. The couple were dating each other for a long time and later decides to get married in 2017. She often accompanies Liam to the cricket stadium where she used to cheer him.

The couple is blessed with their first child in 2018. Sophie and Liam Dawson have a baby boy.

Jo Buttler is a popular cricketer. His popularity is not only in England but overseas. The player marries beautiful Louise Buttler.

She owns her own institute LB Pilates in London where she is also a pilates instructor. Louise is a great support system for her husband who often owes his success to his wife.

She is a person from the fitness industry who takes care of the fitness of her husband who is international cricketer Jos Buttler.

She is the wife of one of the biggest celebrities of England cricket Ben Stokes. They are dating each other since their teenage and get married.

The couple is blessed with two wonderful kids in 2011 and 2012. She often appears in the stadium along with he husband to cheer him up. Most of the time she is engrossed with her kids but often appears to the matchday of Ben Stokes.

Amie is the wife of the England cricketer Chris Woakes. The couple ties a knot in 2017 where they often are spotted exploring new places. Amie and Chris Woakes couple is blessed with a baby girl in 2018.

The couple appears in the stadium where Amie is cheering him up whereas Chris Woakes s in the game on the grounds.

Emelia Erb is the wife of the English cricketer Liam Plunkett. The couple ties a knot with each other in 2018.

Sarah is the wife of the cricketer Mark Wood. He is a popular star on the English cricket team. Sarah is a part of many of the tours of the players top his stadium. She is often appearing in the stadium during the game.

The couple was dating for a long time and ties a knot in 2018.

Tara is a wife of a popular English cricket player Eoin Morgan. She has a very successful career where she owns a renowned fashion brand PR in England.

Tara and Eoin meets each other in 2010 and the couple fell in love. They start dating each other when Tara was just 17 years old. Eoin was about to make his debut when the couple first met each other for England.

Elle is the wife of the popular cricketer Jason Roy. She is regarded as one of the hottest mothers in England. the couple ties the knot in 2017 and is recently blessed with a child.

Top 10 Most Popular Mobile Games You Must Play In 2021