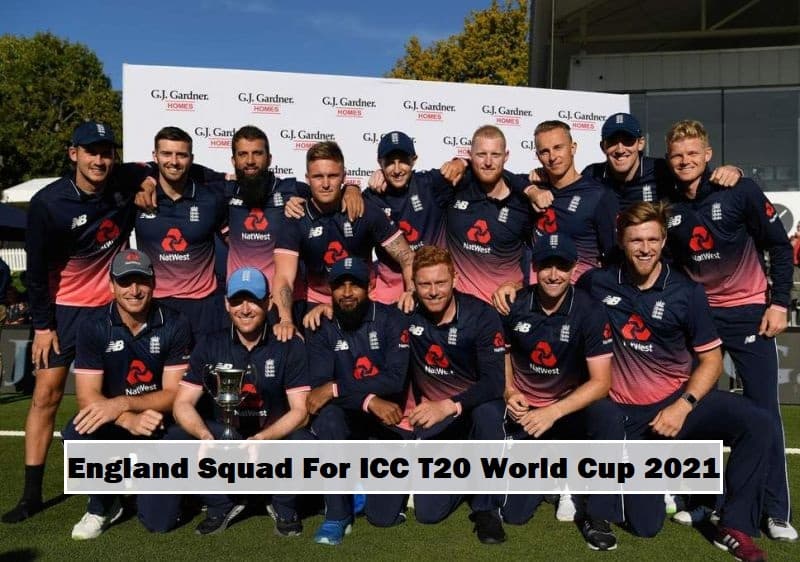 ICC T20 World Cup is all set to kickstart with the league on October 17, 2021. The Twetny20 International format of the matches is all set to kick start with the cricket format. The United Arabs Emirates and Oman is the host nation for the tournament. Check England Squad For ICC T20 World Cup 2021, ENG Matches Schedule, Captain, Coaches Name, Previous History Of England T20 Cricket.

There are in all 16 participating countries in the league where they will be playing 45 matches. The tournament will be taking place under the administration of the International Cricket Council. Here are the details about the England Matches schedule, captain, coaches, and other information for England.

The team is all set to be a part of the ICC T20 World Cup 2021. The squad for England in Icc T20 World Cup is out now where the squads will be rolling out their games. The Captain of the team will be Eoin Morgan. England is one of the most successful teams in the league.

Check out the schedule for team England.

The captain of the team is Eoin Joseph Morgan who is an English professional cricketer. He plays the role of a batsman in the team where he is a left-handed batsman and right-arm medium bowler.

Morgan is an Irish-born cricketer where he is a part of the Kolkata Knight Riders in the Indian Premier League. Team England won the ICC Cricket World Cup in 2019 under his captaincy for the first time.

He played a total of 6 test matches and 7 ODI matches.

Team England took part in the first T20I in 2005 against Australia. The tournament kickstarted at the Ageas Bowl, Southampton. The first-ever appearance in the ICC T20 World Cup was made in the team in 2007. they made a total of 6 appearances to date.

Team England made it to the championship in 2010. It was the best ever result for the team in 2010. They have been the winners for the season since then.