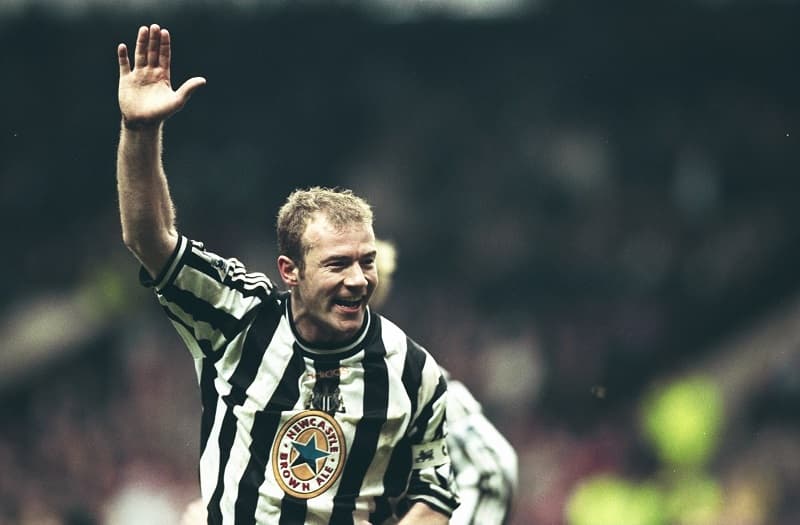 The tournament is relegated to the EFL Championship. The current champions for the cup are Manchester City with 5 winning titles. The most successful team in the league is Manchester United with 13 titles.

Alan Shearer is the top goal scorer of the league where he has 260 goals scored. Check out more details about the English Premier League top scorer information here on this page.

Alan Shearer is a popular British retired footballer. He plays at the position of striker in the game where there are records to his name for top goalscorer.

Wayne Rooney is a professional English football player and a manager who plays at the position of the Forward and midfielder in the team. He has a record for scoring 208 goals which are the second-highest.

He is currently managing a team in Derby County. Wayne has had a career in football since 1996 where he is a part of Everton from 1996-2002.

Andy is an English former professional football player who plays at the position of striker. He is in the game since 1988-1989 where he started as a member of Arsenal.

He has a record for 187 goals to his name. His individual records are as follows:

Sergio Aguero is a popular Argentine professional footballer who plays the position of Striker in the team. He is currently a part of the team Barcelona.

He is one of the most successful players in the game where he has individual records to his name.

Frank is an English professional former football player and manager. He plays at the position of Midfielder in the team. He is currently the manager of the football team. Frank has a record of 177 goals to his name.

There are various records to his name as few names are