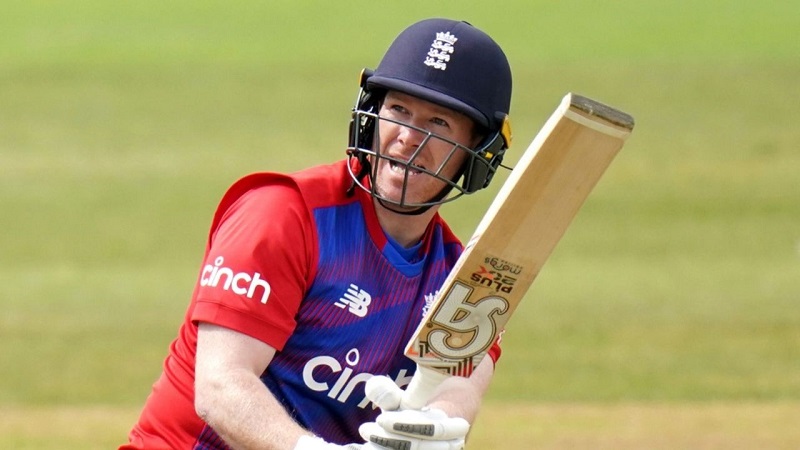 Eoin Morgan is an Irish cricket player who made his debut for the Ireland national team at the age of 19 and then currently the captain of the England cricket team since 2015. The left-handed batsman who has an array of shots all across the pitch is known for his calm demeanor and aggressive captaincy. He was given the captaincy of the side just two months before the World cup 2015 after Alastair Cook was axed due to his poor performances. Check Eoin Morgan Net Worth.

The swashbuckling batsman made his debut for Ireland against the Scotland team in 2006 and was run out on 99 in his first game-the only player in the history of the game to have been. He played his first world cup in 2007 for the Ireland side but was disappointing in his performances scoring just 91 runs in 9 matches. Then came the pivotal moment of his career when he signed for Middlesex to play white-ball cricket for them.

His performances generated keen interest in the England setup and were called into the side for the 2009 T20 world cup- which they won. He was then called mid-way in the 2011 world cup and became the fourth player to have played the world cup for two countries. His constant performances along with his attitude resulted in him becoming a key figure for the team and became the captain of the side in 2015 and since led this side to a world cup win in 2019 and broke several one-day records along the way with his aggressive, hard-hitting, fearsome approach, enviable depth and always attacking side.

His constant performances for different franchises attracted IPL sides and he was picked by the Royal Challengers Bangalore for USD 220,000 to play alongside his countrymen Kevin Pietersen in 2010. But his performances were underwhelming with him playing in just 6 matches. He was then picked up by Kolkata Knight Riders for 350,000 USD with whom he played for 3 years with him winning the title in 2012.

He then skipped the 2014 IPL and was picked by the Sunrisers Hyderabad for 150,000 USD and played for 2 seasons in 2015 and 16. Then he was part of the Kings XI Punjab side ( now called Punjab Kings) for 2 crores in 2017 but played just 4 games. He returned to the IPL in 2020 With KKR again buying him, this time for 5.25 crores, and also captained the side in the second half of the IPL. He captains the side this year too.

Eoin Morgan has been one of the most successful English cricketers with his net worth being 2.3 million. While he endorses different brands, his main source of income is from Franchise Cricket contracts along with salary earnings by playing from England. He married his long-term girlfriend Tara Ridgway on 3 November 2018 in Somerset with the couple welcoming their first child, a boy named Leo Louis Oliver Morgan on 9 March 2020.