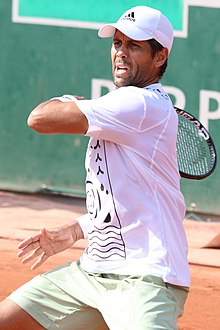 Verdasco, who turned 39 this month, claimed he forgot to renew his therapeutic use exemption for the medicine methylphenidate, which he was taking as recommended by his doctor to treat ADHD. The World Anti-Doping Body has reportedly given Verdasco an exemption going forward, according to the integrity agency. At an ATP Challenger competition in Rio de Janeiro, Brazil, in February, he tested positive.

What could have been a two-year suspension was instead reduced to two months after the integrity organisation stated in a news release that it “accepts that the player did not wish to cheat, that his infringement was entirely unintentional and involuntarily, and that he bears no significant fault or carelessness for it.” On January 8, Verdasco will be able to compete.

The Spaniard has advanced to the quarterfinals of a Grand Slam tournament four times, most recently in 2013 at Wimbledon where he lost to eventual champion Andy Murray in five sets after blowing a two-set lead. Verdasco, who is presently ranked No. 125, peaked at No. 7 in April 2009, which was a career-high position.

His best singles finish in his career was at No. 7 in the world in April 2009.

His finest Grand Slam showing came in 2009 when he reached the Australian Open quarterfinals before falling to fellow countryman and ultimate champion Rafael Nadal in five sets.