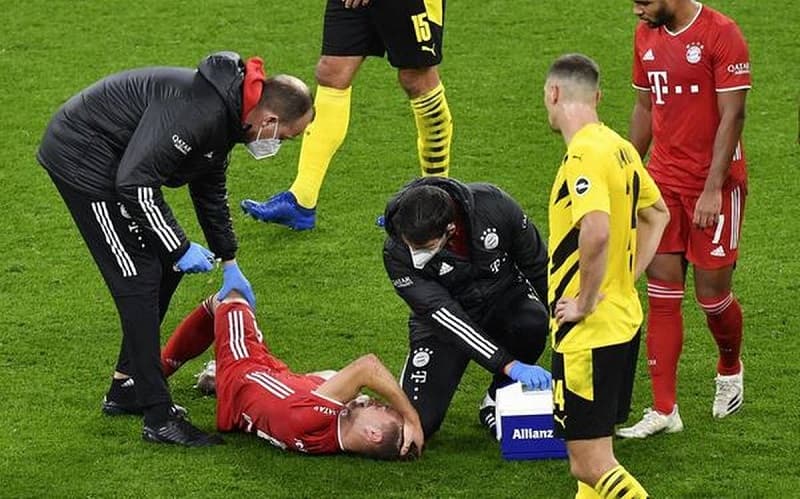 Consequently, FC Koln is the winner of the Inaugural Season of Bundesliga. So, the competition successfully completed its 58th Season.

Currently, the 59th Edition of Bundesliga has started with 18 teams participating to win the title. Whereas, most of the games of Bundesliga are scheduled to play on Saturdays and Sundays.

As the game of football is filled with high octane energy, it is bound to have a toll on players with many of the top players suffering injuries throughout the season.

Some of the players get suspended due to either having 5 yellow cards shown in the season or being shown a red card and sent off.

So, check out the list of players suspended and injured in Bundesliga 2021.

There are two players who are suspended from the Bundesliga. These players were suspended having received red cards in their previous games.

Furthermore, there are 3 players with the risk of suspension who has received 4 yellow cards

Similarly, there are a lot of players who are missing from their respective teams due to several injuries. Some players are expected to return at the end of the year while some are expected to have 6 months on the sidelines.

Many of these players have no timeline on their injury. Check out the list of injured players.

Where To Watch DC vs CSK Match Today For FREE, IPL Qualifier 1 Match Dream 11 Prediction, Pitch Report All You Need To Know