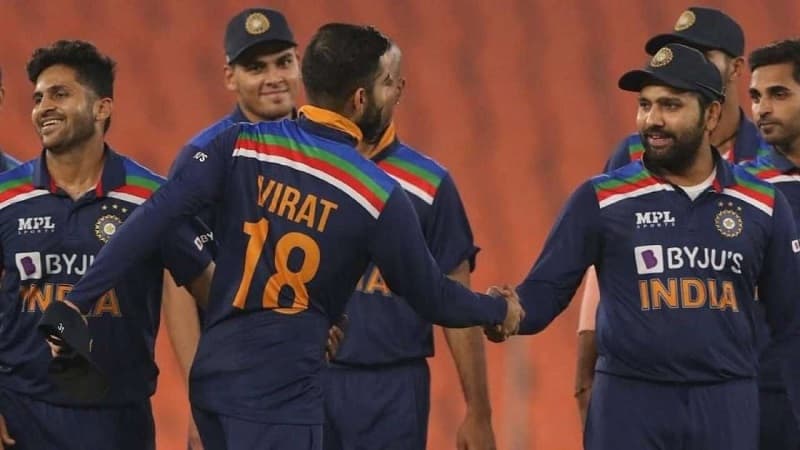 ICC Man’s T20 World cup is going to start from 17 Oct 2020 there is a total of 16 teams participating in this world cup all teams submit their squad.

Today is the last day to make changes in the team, so there are many players who are in danger because in a couple of last days in IPL 2021 other players do much more in these matches.

Maybe many players got replace today, let’s see how many players get a chance to play in this world cup under the captaincy of Virat Kohli.

Let us tell you that any country can make changes in its team till October 10. Due to this, the eyes of all Indian fans will be on BCCI today.

In this article, we are going to tell you about the players who can be dropped from the team today.

The whole world is aware of how Team India’s most dangerous all-rounder Hardik Pandya can turn the game around. Hardik needs only 4-5 overs to put the game in Team India’s bag with the bat.

At the same time, he is also a wicket-taker with the ball. But his form and fitness have been in constant question for the past few months.

Hardik has not been bowling for a long time and he did not bowl a ball in the current IPL season as well. In such a situation, they can be shown the way out. Shardul Thakur can be a good option in his place.

Indian Spin bowler Varun Chakraborty, who plays for KKR in IPL, is a great spin bowler. But his fitness also remains a big problem.

Varun Chakraborty got injured in the second phase of IPL and even after that he continued to play. In such a situation, he can be dropped from the team.

His place can be given to someone else. Chahal is the biggest contender to replace another spinner in the team.

The BCCI has named young spin bowler Rahul Chahar in its team for the T20 World Cup. But in the second half of the IPL being played in UAE, Rahul’s performance has been very poor.

One thing is clear from this that the selectors have made a big mistake by giving them a chance in a tournament like the World Cup. But in the second phase.

The bowling of Rahul Chahar has been very simple and he has also looted runs. Alam is even that Mumbai Indians, who made Rahul’s career, also dropped him from their playing 11.

He debut on 6 Aug 2019 against West Indies he totaled play 5 matches and take 7 wickets.

Where To Watch DC vs CSK Match Today For FREE, IPL Qualifier 1 Match Dream 11 Prediction, Pitch Report All You Need To Know