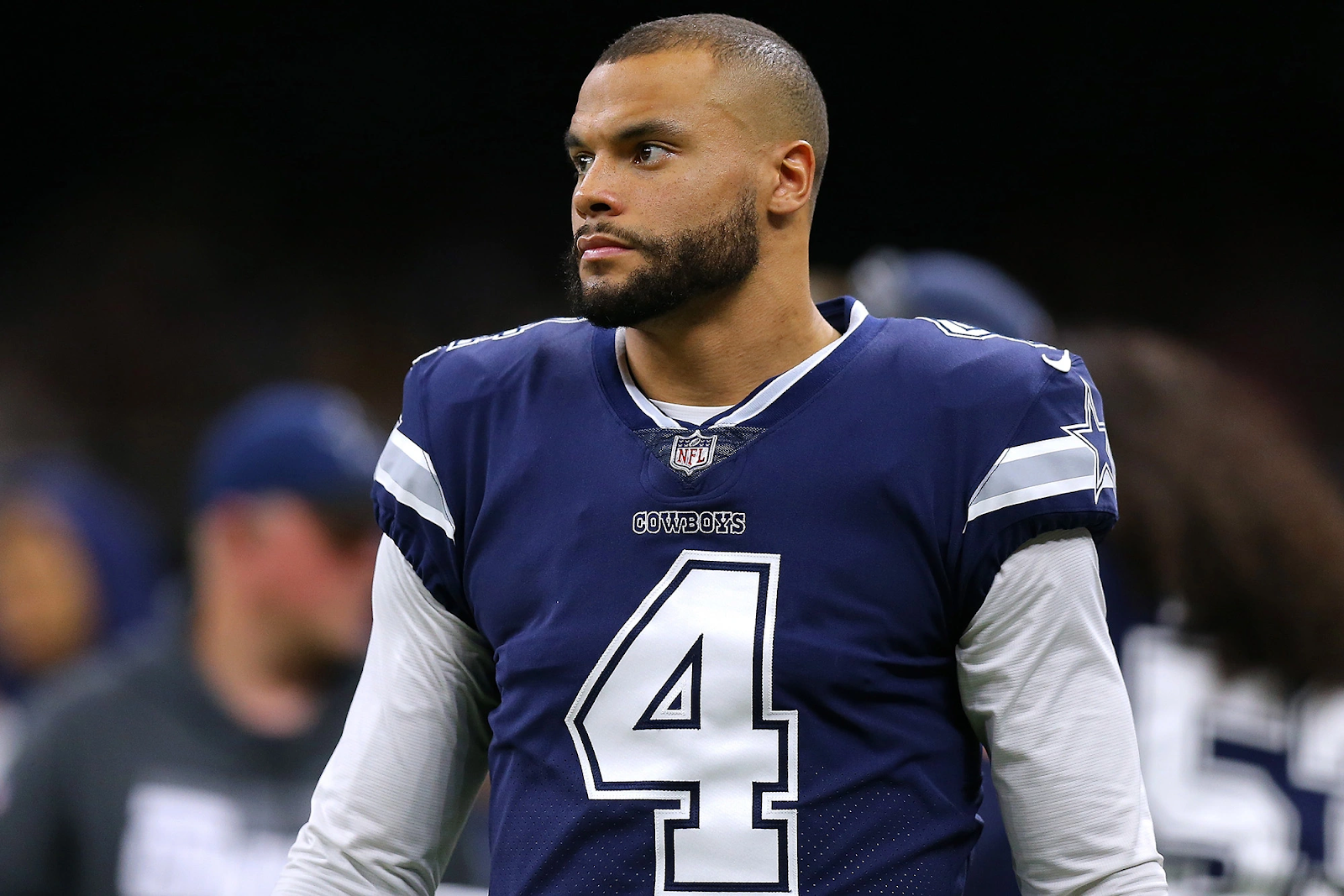 Here’s what you need to know about Dak Prescott’s career: statistics, recent deals, roster moves, riches, and rookie cards. Rayne Dakota Prescott is a quarterback for the Dallas Cowboys of the National Football League. He was born on July 29, 1993. (NFL). He went to college at Mississippi State and played football there. In the fourth round of the 2016 NFL Draft, the Cowboys picked him. Prescott was supposed to be the Cowboys’ backup quarterback in his first year, but when starter Tony Romo got hurt in the preseason, Prescott got the position. During the year, he was recognized for his success on the field, which included helping the Cowboys win the top spot in their conference. He set a lot of records as a rookie quarterback and was named the NFL Offensive Rookie of the Year. He was also chosen for the Pro Bowl.

Peggy Prescott had three kids, and Dak was the youngest. Prescott went to Haughton High School in Haughton, Louisiana, where he played football for the Buccaneers while his mother ran a truck stop. He completed 159 of 258 passes as a senior, for a total of 2,860 yards and 39 touchdowns. He also ran the ball 90 times for 951 yards and scored 17 touchdowns. He led Haughton to win the District 1-AAAA title in 2010. Peggy died on November 3, 2013, from colon cancer.

Prescott was a freshman at Mississippi State in 2011. In 2012, he was Tyler Russell’s backup quarterback. He played in 12 games and completed 18 of 29 passes for 194 yards, four touchdowns, and no picks. He also ran for 110 yards on 32 carries and scored four touchdowns on the ground. In 2014, Prescott’s first year as a full-time starter, he led the Bulldogs to a 10–2 regular season record, the program’s first #1 ranking, and the Orange Bowl. In addition, during the 2014 season, ten school records were broken by Prescott.

Before the 2015 season, he was named a candidate for 2015 National Player of the Year, named to two preseason All-American teams (by Athlon Sports and Phil Steele), and picked by the media to be on the First Team Preseason All-SEC. He became the fourth player in FBS history to pass for 60 touchdowns and run for 40 touchdowns in a career during the 2015 season. Prescott finished his career with the third most total yards in SEC history and the fourth most total touchdowns. He has broken 38 records at school.

Career as a professional

When Prescott joined the Dallas Cowboys for their rookie minicamp, the veteran wide receiver Devin Street wore his college number 15, so Prescott was given the number 10. Tony Romo’s vertebral compression fracture happened in the first quarter of the Cowboys’ Week 3 preseason game against the Seattle Seahawks. Because Romo is expected to be out for 8–10 weeks, Dak Prescott will be the Cowboys’ starting quarterback to start the 2016 season.

Prescott’s second season as a pro started with a 19–3 win over the New York Giants on Sunday Night Football. He threw for 268 yards and a touchdown in that game. Prescott finished his second professional season with a total of 3,324 passing yards, 22 passing touchdowns, 13 interceptions, 357 rushing yards, and six rushing touchdowns.

Prescott’s third season as a pro started with a 16–8 loss to the Carolina Panthers, in which he threw for 170 yards. Then, he threw for 226 yards, scored a touchdown, and threw an interception. He also ran for 29 yards and scored a key touchdown late in the fourth quarter, helping his team win 24–22. This was his first playoff win.