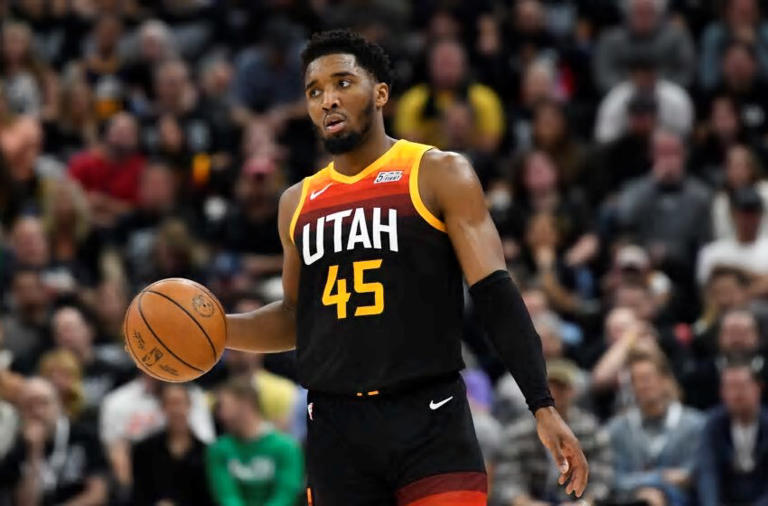 NBA Twitter detectives have made claims of a Donovan Mitchell trade: The conclusion of a deal involving Donovan Mitchell is reportedly extremely close to being reached, according to Patrick Kinahan, who is the host of a sports radio show in Utah.

Reports from a variety of sources indicate that the Jazz is open to the idea of negotiating potential trades that would involve their top player Donovan Mitchell. Since then, we have acquired knowledge of the astronomical price tag that CEO of basketball operations Danny Ainge has in mind for Mitchell as a potential return on investment.

But how near are we to reaching an agreement?

On the same day, Mitchell tweeted, simply stating, “dude, God is good.” Twitter investigators, being Twitter detectives, naturally thought this was evidence that a deal had been made.

After it was revealed that the Jazz could explore dealing with Mitchell, many people began to believe that the New York Knicks were the team most likely to acquire his services. This came from the fact that the Knicks were allowed to select eight players in the first round of the draught. According to a rumor that Tony Jones of The Athletic published, the Jazz made a trade offer for Mitchell, but the Knicks turned it down. The Jazz demanded that the Knicks part with Quentin Grimes, Immanuel Quickley, Obi Toppin, and Miles McBride in exchange for the trade and six first-round draught picks. The Knicks did not want to accept the deal.

Another team that has been suggested in connection with Mitchell is the Miami Heat. This is yet another possibility. The Jazz reportedly instructed the Heat that they need to find a third team to participate in the negotiations because they do not consider the Heat’s proposals to be “sufficient.” This information was provided by Andy Larsen of the Salt Lake Tribune.

The curiosity of NBA fans has to be piqued right now, and they are eager to learn whether or not a Mitchell is truly complete.