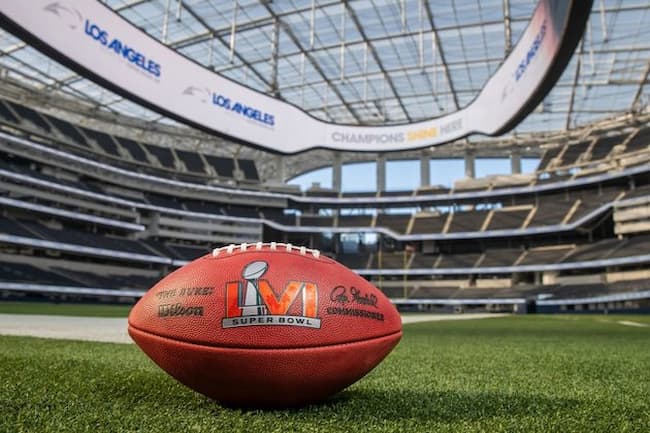 The 2021 NFL Football season kicks off on Thursday, September 9 with a match-up between The Dallas Cowboys and the reigning Super Bowl Champions, The Tampa Bay Buccaneers in Florida in Raymond James Stadium. Check How To Watch Super Bowl LVI 2022 Live Stream Online?.

Check out all you need to know about Super Bowl 2022 including the stadium, how to watch, the halftime performance, and much more.

Super Bowl LVI will take place on February 13, 2022, at SoFi Stadium in Los Angeles. The league has adopted a new 17-game schedule which pushes the Super Bowl back by one week.

SoFi Stadium, which opened in September 2020, is home to the Los Angeles Chargers and Rams.

Who will perform the 2022 Super Bowl Half Time Show?

NBC will broadcast Super Bowl and it will be available for live stream online or with NBC Sports App.

The game will be broadcasted in Spanish by NBC’s sister network Telemundo marking the first time a dedicated Spanish-language telecast will air on broadcast television.

In the UK, the game is televised on the free-to-air channel BBC one and paid subscription channel Sky ( Sky Sports Main Event ).

In Canada, different networks such as CTV, DAZN, RDS, and TSN will show the game providing audiences with a unique experience

For people in Australia, they can watch the super bowl on ESPN, Kayo Sports, and Seven Network.