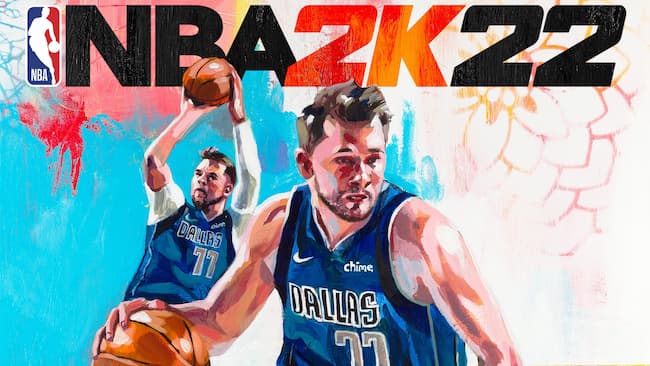 NBA 2K has begun the controversial reveal of its 2K22 player ratings on Twitter, drawing reactions from players and fans of the game. Check Top 10 Rated Players In NBA 2K22.

The top players from NBA were announced, with most of these scores being fitting. These are the cream of the crop and sure to be the players who gamers use more often when stepping on the virtual court

The top 10 overall ranked players in the game are lead by Kevin Durant, LeBron James, Steph Curry, and Giannis Antetokounmpo who are all assigned a 96 overall rating.

Portland’s Damian Lillard has a ton of heart, hits deep threes better than almost anyone, and is a nightmare to defend. He has the ability to make big shots in the clutch.

Part of the team winning the gold medal in Tokyo 2020, he is a 6-time NBA all-star team member.

James Harden is a basketball player who has played for teams such as Oklahoma Thunder, Houston Rockets, and Brooklyn Nets.

He plays for the USA national team and was part of their squad who won the 2012 Gold medal in the London Olympics.

He is one of the best shooting guards in the NBA. Brooklyn’s James Harden was the team’s top facilitator and can fill it up with the best of them.

Of the players rated 94, Luka Doncic gets to be separate since he also doubles as one of the game’s cover athletes. Doncic is pretty much the definition of a phenom. Despite only being 22-years-old, he has already wowed the league and is consistently in MVP conversations.

Doncic has not only put up incredible numbers (career averages of 25.7ppg, 8.4rpg, and 7.7apg) but he seems to keep getting better.

He also has a flair for the dramatic, known to hit buzzer-beaters that almost defy logic. Anyone who uses him is bound to cause their opponents some headache.

It can be difficult to pick out the NBA’s best big man but Joel Embiid is certainly in the conversation. The MVP candidate posted career-best numbers last season to the tune of 28.5ppg and 10.6rpg while leading the Philadelphia 76ers to the top seed in the Eastern Conference.

The combination of Embiid’s ability to dominate on the inside, handle the ball, and hit outside jumpers makes him a versatile pick in NBA 2K22.

If you center your team around him and get him some shooters to help, you’ll be well on your way to success.

You don’t win a Most Valuable Player award and not rank among the best players in the league the following season.

That’s just what Nikola Jokic did, keeping the Denver Nuggets relevant after the loss of Jamal Murray with a stat line of 26.4ppg, 10.8rpg, and 8.3apg.

The biggest knock on Jokic in the past was that he was a bit too passive for a star player. He stepped up his scoring output while still maintaining his ability to share the ball, making him a threat in multiple ways.

A few years ago, Kawhi Leonard would’ve been in the conversation for the very top slot among NBA players. He had just carried the Toronto Raptors to their first NBA Championship with a remarkable performance on the big stage.

Things have changed a bit since thanks to some disappointments.

Stephen Curry is a basketball player who plays for the Golden State Warriors and plays for the USA for the national team. He is one of the greatest shooters of all time.

The only player in the history of the NBA to have signed two contracts of over $200 million valuations.

Curry came back with a vengeance last season to the tune of 32.0ppg and 91% at the free-throw line, which were both better than when he unanimously won MVP in 2016. He nearly got the Warriors into the Playoffs too.

Of course, there is no player on a more impressive run in the past few years than Milwaukee’s Giannis Antetokounmpo.

In the last few seasons, he has won two MVP awards, Defensive Player of the Year, All-Star MVP, and Most Improved Player, before adding an NBA Title and Finals MVP.

Now, there are some weaker points in Antetokounmpo’s game. He still doesn’t have a great jumper and his shot selection can be questionable but there’s no denying his dominance on both ends of the floor.

Plus, he still hasn’t even turned 27 yet.

Like Stephen Curry, Kevin Durant missed a lot of time, including all of the 2019-2020 season. Injuries limited him to just 32 games last season as well but Durant was a stud for the Brooklyn Nets when he was on the court, putting up 26.9ppg, 7.1rpg, and 5.6apg.

He also remained efficient (53FG%) and didn’t look like a guy who had an Achilles injury. To top it off, Durant had an incredible Playoff run, highlighted by a stunning 49 point, 17 rebounds, 10 assist games.

Durant is basically a flawless player to pick in NBA 2K22 since he can shoot, defend, pass, rebound, and drive to the basket.

The first member of the “96 Club” is LeBron James, who has been either at the top or near it since he entered the league in 2003.

Despite nearly being two decades into his career, James still puts up near-triple-double numbers and is at the forefront of arguably the NBA’s best team.

James has won for every NBA team he played for; also has Olympic gold medals to go along with his list of accolades which keeps growing every year he plays.