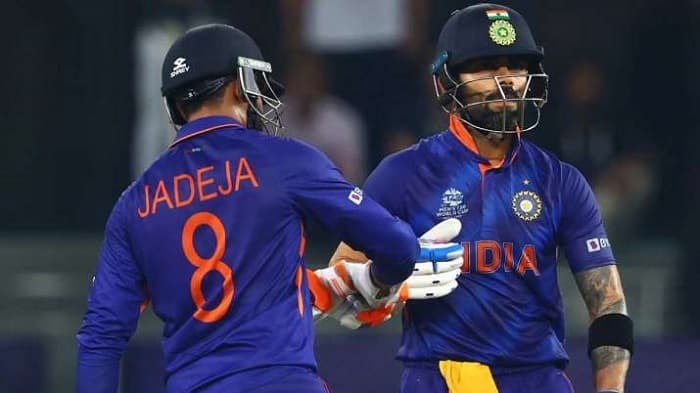 This is the 7th edition of ICC T20 WC, 28th match of this tournament is played in between India and New Zealand in Dubai International cricket stadium.

Both teams lost their first match against Pakistan, because of which this match does or die match for both teams to make their way easy in the Semi-finals.

In ICC ranking no doubt the Indian team is in a higher position than Kiwi, but T20 stats say something else.

According to stats at the majority of the time Blackcaps is able to defeat India in T20 format.

This match is going to be tough for both teams especially for India these Kiwi players may create problems for Indian Team.

In this match of Indian team is seen as a contender for victory. The Indian team looks very strong and balanced.

But the challenges in front of India in today’s match are also not less. On the other hand, New Zealand’s team is no less.

The Indian team will have to put full emphasis on this Kiwi team. In which there are some players who are a big threat to Team India,

Boult is one of the best fast bowlers in world cricket, Trent Boult has troubled the big batsmen with his bowling, so even the batsmen of the Indian team could not survive in this.

His specialty is that he doesn’t give the batsman a chance to play against him.

Isha Sodhi, of the New Zealand cricket team, is a wonderful spin bowler. Ish Sodhi has impressed a lot, especially in T20 cricket.

He troubles Rohit Sharma in the T20 format, Captain Kohli has been his victim 5 times, and KL Rahul 2 times.

He has troubled a lot in limited-overs cricket against India so far, taking 17 wickets in 12 matches against India.

At last no matter which team and which player is dangerous for India, Captain Kohli, and his squad is also in form.

In UAE Main factor which decides the winner of the match is the toss, In the India Pak match, Pak wins the toss and elects to bowl and that’s the only reason because which the team India loss its match.