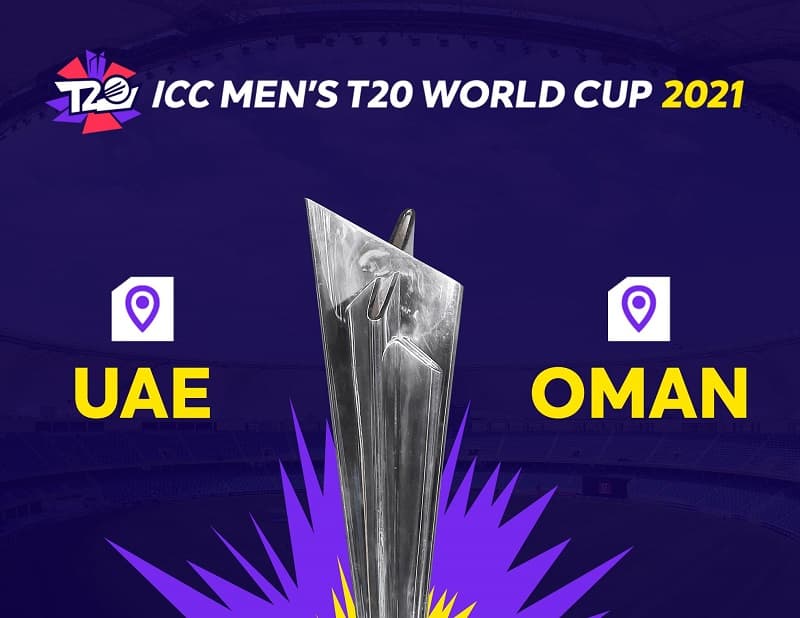 The Most Awaited ICC Events will take place in the year 2021. ICC Men’s T20 World Cup Will Begins On 17 October 2021, Sunday and it will end on 14 November 2021, Sunday. Originally the Schedule takes place from 18th October 2020 to 15th November 2020 in Australia. But because of the Covid-19 Pandemic, the previous season got canceled. ICC confirmed that it will take place in UAE and Oman. So check out ICC Men’s T20 World Cup 2021 Start Date, Host Country, Venue, Teams.

Men’s T20 World Cup News: Originally, the ICC world cup was to be held in India during October and November 2021, however, in July 2020, the ICC confirmed that the tournament had been postponed until 2022, due to the COVID-19 pandemic.

While India will host the Schedule in 8 Different Venues. Narendra Modi Stadium, Ahmedabad will host the final match of the ICC Men’s T20 World Cup 2021. It is likely to Mumbai and Kolkata will host the Semi-Finals Matches of the Tournament. The Decision related to the Audience will depend on the current situation of the Outbreak. As of now, there will be no fans allowed in the Ground. The Saftey Measures and Precautions will be taken while hosting Matches.

Total Sixteen teams will be a feature in the Upcoming Edition of the ICC Men’s T20 World Cup. T20 World is always been entertaining and full of action. In the Previous Season of Men’s T20 World Cup Cricket fans witness an unforgettable match. Carlos Braithwait’s unbelievable hitting against Stokes in the final over helps West Indies to lift the World Cup. He hit four consecutive Sixes under pressure in the Finals. So the upcoming season will also be full of Actions. Check out below the complete team list of the T20 World Cup.

Group 1: England, Australia, South Africa, West Indies, A1 and B2.
Group 2: India, Pakistan, New Zealand, Afghanistan, A2 and B1.