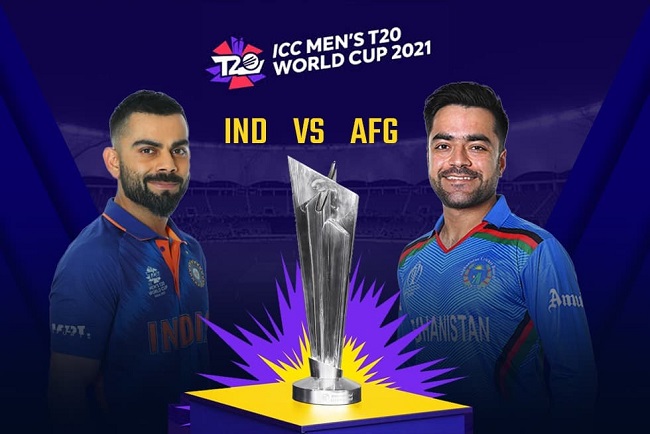 The 33rd match of this world cup is played in between IND vs AFG, this is done or die match for both teams. India is second last in the points table.

On 3rd Nov at 7:30 Pm the match start, it is broadcast on different channels. Pakistan is on top of the points table after defeating all teams.

This match is played in Sheikh Zayed Stadium, Abu Dhabi. Here you get to know about a squad of both teams, Fantasy tips, players whom you select in Dream 11.

In UAE pitch is supporting that team who chooses to bowl first, toss plays a major role in deciding the winner of the match.

Star sports is an official partner in this ICC T20 world cup, DD National and DD sports is also doing live streaming of the match.

Jio tv is also streaming this game for free, on the other hand, Disney+Hotstar is a live streaming partner of this T20 world cup.

No doubt In ICC ranking India is in a higher position than any other team but in this world cup, its performance is not up to marks.

Try to choose that player whose performance is good in the last match or according to their records. For winning opt more pace bowlers in the team.

Dream 11 Squad of IND vs AFG

In T20 format they total just play 2 matches and all matches win by India. First they both play against 2010 and India won by 7 wickets.

India and Afghanistan also met during the 2012 T20 World Cup, where India won by 23 runs.

At last they both face each other in ICC world cup in 2019, where India won by 11 runs.

As batsman you can opt KL Rahul, Rohit sharma they both can again do opening, Hazratullah Zazai and on 4th position Virat Kohli can give strongness to team.

In wicketkeeper you can choose Rishabh Pant and Mohammad Shahzad.

For Choosing All Rounder player we have many options like Mohammad Nabi and Ravindra Jadeja.

Its time to choose Bowlers for team and life line for UAE pitch. we have three players Rashid Khan, Ravichandran Ashwin, Jasprit Bumrah.