Is Babar Azam giving the tight fight to Virat Kohli in breaking records? 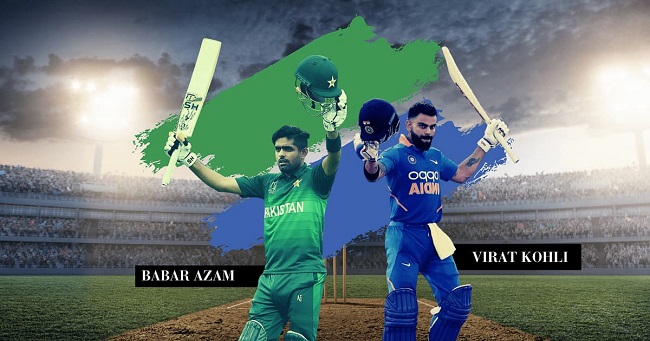 In the ongoing T20 world cup Under Captaincy of Babar Azam, the Pakistan team is at the top of the points table. and on the other hand, the condition of the Indian Team is not so good.

Indian team’s run machine and legendary batsman Virat Kohli has made and break many records in cricket history, which has become very difficult for other players to break.

Nowadays it is not the right statement because Pak Captain Babar Azam is breaking one by one record of Captain Kohli.

Azam makes a record of more half-centuries in T20 format

Babar scores his 14th fifty in his T20 International career as a captain, scoring 70 runs off 49 balls in this match.

On Tuesday Babar Azam played another brilliant half-century in the match between Pakistan and Namibia in the Ongoing World Cup.

Babar broke the record of 13 half-centuries in T20 International cricket as captain of Virat Kohli with this fifty.

While Virat Kohli’s 13th half-century came in the 27th innings as a captain.

Babar scored his 14th half-century in the 27th innings as a captain.

Babar Azam name one more record on his name

The day when Pakistan Captain Babar Azam steps into International cricket, then he starts to compete with Virat Kohli records.

In chasing target Kohli of average is 68.08 and an average of 52.12. Azam has a lot to do in catching Virat Kohli’s Record.