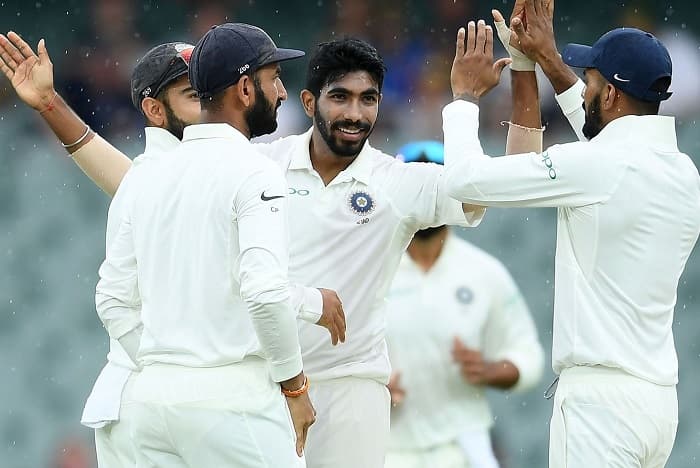 After Johannesburg, India’s batsmen once again failed in the Cape Town Test. On the first day, only Indian captain Virat Kohli batted and make 79 runs.

Now, this series is on 1-1 a d this 3rd match is important for both teams but after this bad performance, all responsibility is on ballers of India.

Till now South Africa scored 17 runs for one wicket, Africa is still 206 runs behind. Aiden Markram is playing on 8 and Keshav Maharaj is scoring 3 runs.

Captain Dean Elgar was dismissed by Jasprit Bumrah for three runs. now all responsibility is on Ballers.

Cheteshwar Pujara and Indian team captain Virat did a good partnership of 62 runs for 3rd wicket.

Indian Team bad records as a guest in South Africa

Team India has played 5 Test matches in Cape Town before this. The Indian team has not won any match, in these 5 matches 2 matches get drawn and in 3 matches India taste defeat

Earlier in the year 2018 in Cape Town, Hardik Pandya scored 93 runs in the first innings.

A combination of Mohammad Shami, Bhuvneshwar Kumar, Jasprit Bumrah out Africa for 286 in the first innings and 130 in the second innings.

Bumrah-Shami took four wickets each in this match. Both the bowlers will have to do such a great performance once again.

However, the Indian team bowlers did an amazing job.